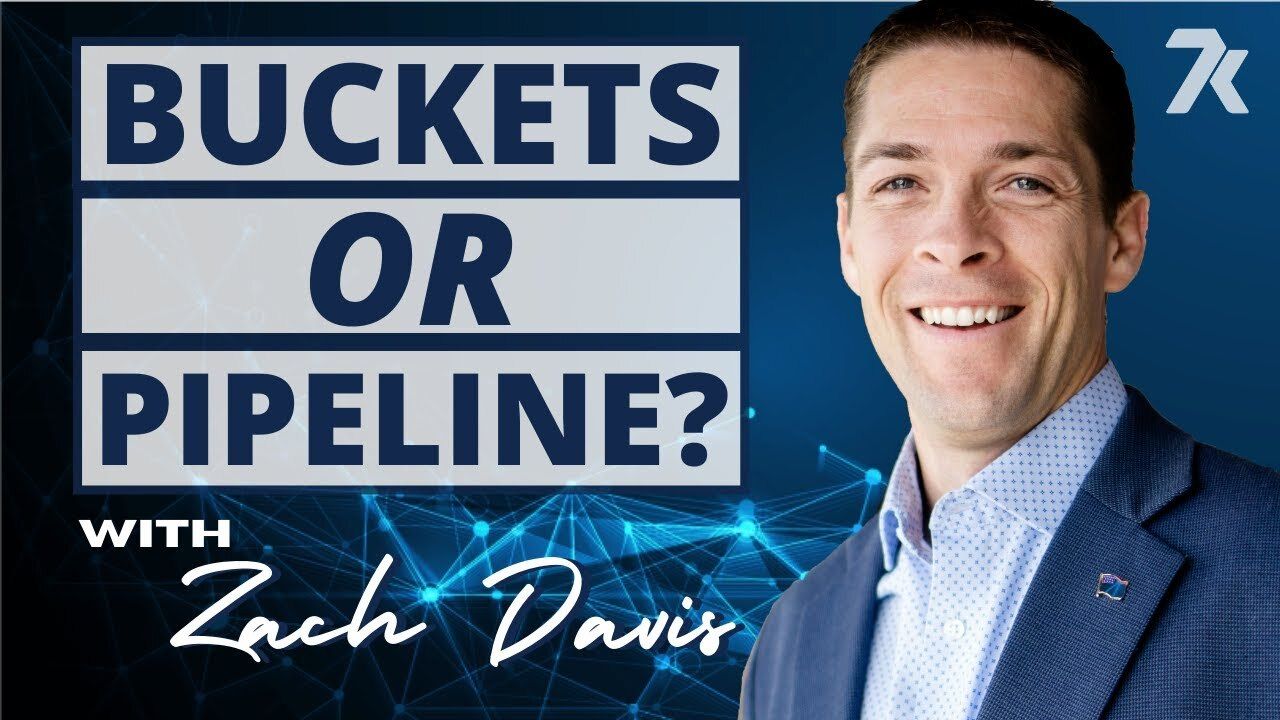 Transcription from video above:

Well, Dan and Dave decided, “You know what? There's a good little business opportunity here. If we make three or four trips, we could come back and sell the water to the local villagers so that they don’t have to do it themselves.” So after a couple weeks of being successful in selling the water, they realized this thing was a lot of work! They had to go up over the mountain to the local water supply, and bring back the water, and make three or four trips a day, and it really started to take a toll on their bodies.

Well, Dan decided one day that what they needed to do was to build a pipeline to get the water to the locals. They wouldn’t have to make the trip, and they’d have a constant water supply they could sell to the villagers. Well, Dave thought he was absolutely crazy. There was no way they could build a pipeline up over the mountain and down to the village. It would take months, if not years to complete that task. Well, Dan was in love with his idea and knew it would work but Dave wasn’t so convinced. So the two separated their ways and Dave continued to pack water day in, day out, while Dan started building on his pipeline.

Well a couple years went by, and Dave had built a nice little income, married, had a family, built a nice home with the white picket fence, all the things that everybody really wants in the American Dream. All the while, Dan was laboring every day, not getting paid, doing the tireless work to build that pipeline.

Well when the villagers heard that Dan was gonna build this pipeline, they all came out to see. And they thought he was absolutely crazy, so they mocked him and laughed and said, “There’s no way you can build this pipeline all the way to the village. You’re absolutely crazy! Why don’t you just pick up the buckets and go back to packing water like your brother Dave? Look at the lifestyle he’s created!”

Well another year or two went by, and Dan continued to build his pipeline and Dave continued to pack water. And Dave got older and Dan got older, but Dave got more tired, and realized that forever he was going to have to pack these buckets of water back and forth to the village, because there was no way that he could retire.

Well the day finally came when Dan was able to turn on the spigot of his pipeline and start supplying fresh, clean water to the local villagers. Everyone turned out to see the spectacle, and to see his completed project. Now they all cheered, “Dan you’re a genius! We have fresh water, it’s not warm, and we can get it whenever we want.” The very people who had mocked Dan when he had begun building his pipeline!

Well, the years went on and Dan continued to have water flow through the pipeline. He decided to build a couple more pipelines and built an unbelievable lifestyle for himself with a passive residual income, where he didn’t even have to show up anymore to pack the water because the pipeline continuously supplied it to local villagers. All the while, Dave was still having to pack water back and forth, back and forth.

So here’s the question guys. What are you doing today? Are you packing buckets or are you building a pipeline? Are you building a business or a source of income that’s going to pay you day in and day out, regardless of what you do? Or have you bought into the "American Dream" of having a job working for somebody else to pack buckets of water every single day?

See, the problem is, Dave could only make a certain amount of trips and could only bring back a certain amount of buckets of water, and there was a limited amount of time that Dave could do that, so he had a limited amount of income. When Dan built that pipeline, he opened himself up to the opportunity to have an unlimited supply of water flowing into the village that he could sell without having to go back and forth with those buckets.

So, just food for thought today guys...are you packing a bucket or are you building a pipeline? Because that’s exactly what we’re doing. We’re building a pipeline with a group of people who are becoming unbelievable leaders and entrepreneurs.

Alright guys, we’ll see you on the next video."