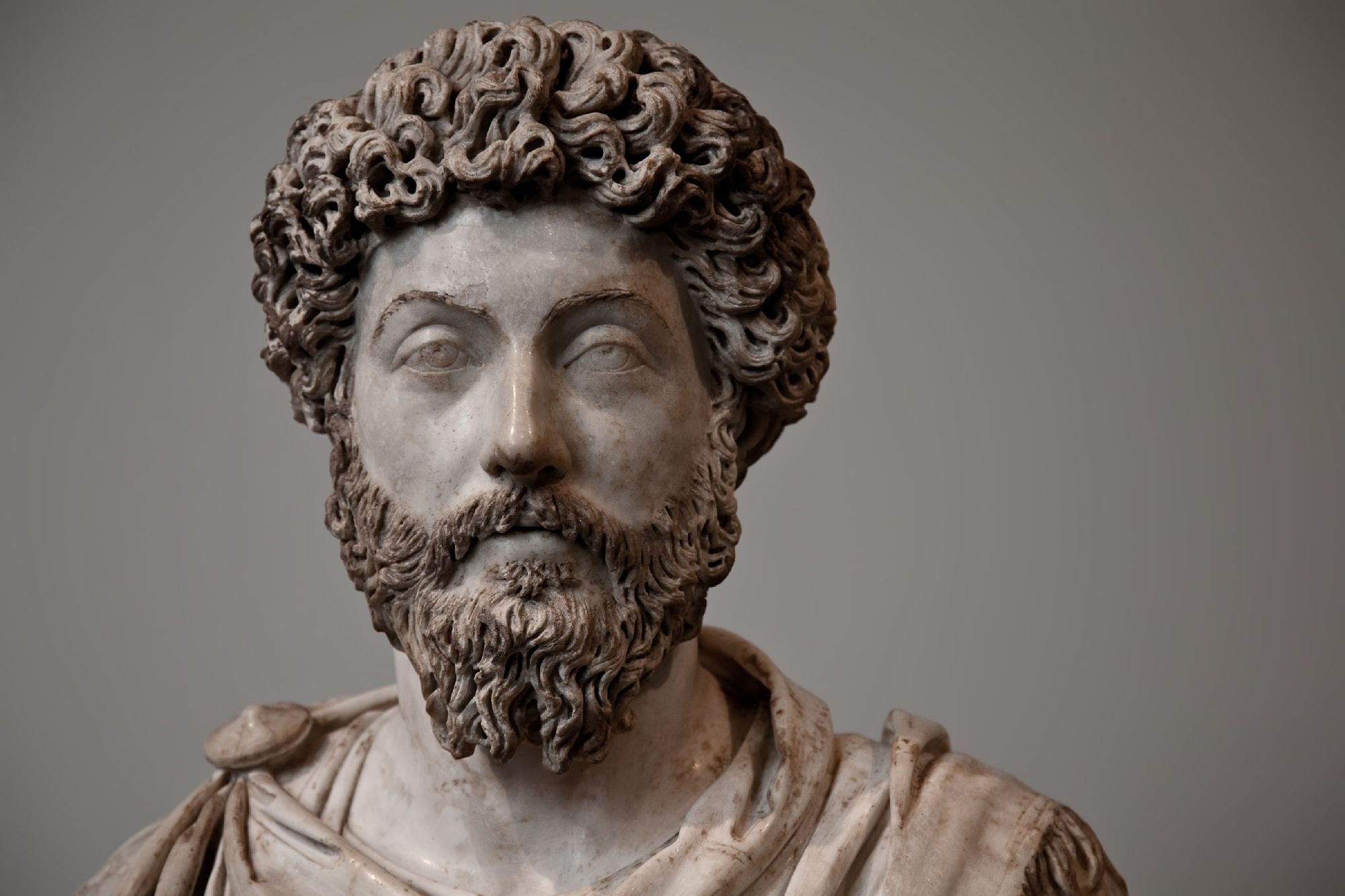 Now, you may know Emperor Marcus Aurelius as the emperor from the popular film Gladiator starring Russell Crowe, but the mere half hour that he’s featured in the movie doesn’t do much to show what a remarkable leader and man Aurelius was (although Richard Harris nailed the role.) By the time cameras come into the story, Marcus is an old man. So here’s the prelude to Gladiator, what happened before Commodus offed his father--which never happened, by the way. Sorry for the spoiler.

When Emperor Hadrian still ruled, he took an interest in young Aurelius whose father had died years before. So much so that Hadrian named little Marcus his heir. The only problem was Marcus was so young at the time that no Roman would accept him as their emperor. We know how putting a teenager on the throne of the Roman Empire went from Romulus Augustulus’ example, right? So Hadrian came up with a different plan. He named his friend and peer Antonius Pius to be his heir on the stipulation that he would pass the title on to Marcus after his death. Antonius was already getting up there in years so nobody expected him to last longer than it would take for Marcus to grow up a little.

Just to spite everyone, Antonius held on for another 20 years. Actually, he and Marcus became good friends, especially when Marcus married Antonius’s daughter Faustina. They fell madly in love and had a few kids together. All the while, Marcus wasn’t in a hurry to take over Rome by any means. He continued the studies that he’d started in his youth, mostly philosophical. He actually wrote a book called ‘Meditations’ that, by some miracle, was preserved through letters and historical copies. We’d venture the assumption that that was Marcus Aurelius’s most prized legacy: a book of all his ponderings and philosophical questions. How incredible would it be to have a book published generations after you were gone that contained your exact thoughts and words? Or embarrassing...depends on who you are.

When Marcus eventually did take over as emperor, he had a lot of ideas for Rome. He supported the Senate and the power of the people. He knew how dangerous a ruler could be that didn’t. Unfortunately, he was so busy thinking about how to be the right kind of man, he neglected to teach his son, Commodus, how to be one. Just like he was depicted in Gladiator, Commodus was cruel and selfish. He went on to rule after his father and seriously mess up the empire. It doesn’t help his image that he was in such sharp contrast with his dad. Imagine having to live up to Marcus Aurelius. We bet he had some built up resentment that resulted in some pretty bloody temper tantrums.

It’s sort of ironic that a man like Marcus Aurelius was in power at the time he was, since he could have been labeled as a pacifist and his reign was marked by mostly wars. The Germanic tribes were beating at the walls of the Roman Empire, as were the Parthians. Thankfully, Marcus had a co-emperor at the time to help him out in that aspect. A man named Lucius Veras, who had also been in favor with Hadrian, was elevated to emperor status alongside Marcus Aurelius and thankfully, he had the military skills to lead the campaigns against Rome’s enemies. He ended up dying from a plague later in life and left Marcus alone to run the empire and finish the wars they’d started together.

Although Marcus wasn’t a military leader, he did have the brains and intuition to choose a great one. He was able to win the wars against the Germanic tribes and Parthians with the help of a general named Marcus Nonius Macrinus, who is thought to have been the inspiration for Gladiator character, Maximus Decimus Meridius.

Marcus Aurelius was a philosopher more than he was anything else, and we think that’s how he’d like to be remembered. It’s a different kind of man who’s offered power like becoming emperor of the entire Roman Empire and choosing to share that power instead of letting it corrupt him. He had an innate understanding of human nature and he chose not to let it win. That’s why we’re celebrating Marcus Aurelius with his very own coin in our Roman collection. Remember the philosopher, and as the man himself said, “Waste no more time arguing about what a good man should be. Be one.”

The 6th Release in our exclusive Roman Empire Coin Series...

“Waste no more time arguing about what a good man should be. Be one.” Marcus Aurelius Antoninus, Roman Emperor from 161-180 AD, was the last of the so-called Five Good Emperors. He has been nicknamed “the philosopher” by contemporary biographers for his highly praised philosophical writings. During his reign he sought to improve the Roman Denarius by purifying the silver content from 77% to 80%. He’d be proud of this .999 pure silver coin bearing his image!