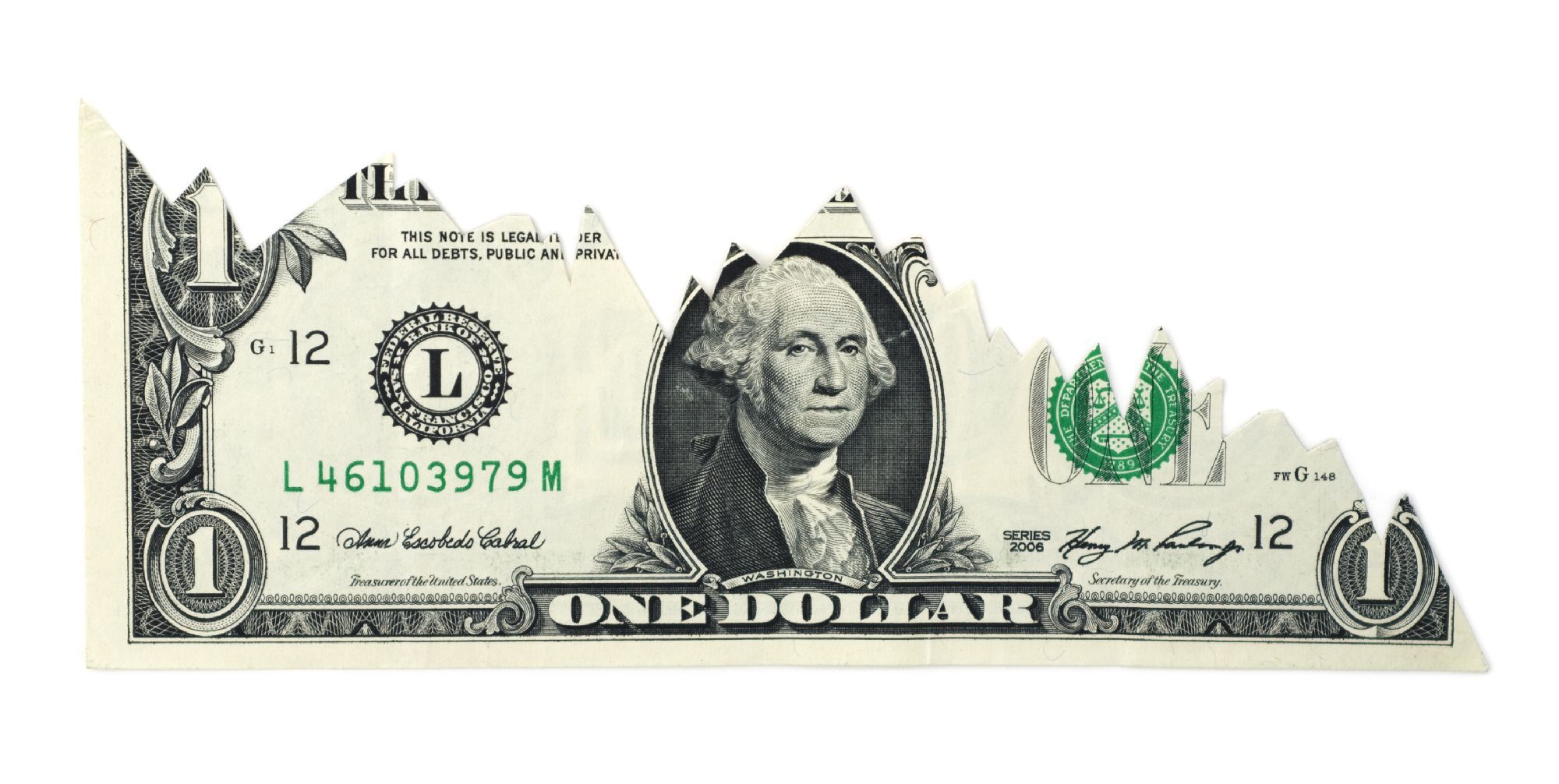 Is 2021 the Year Silver and Gold Prices Skyrocket?

Have you been following the news lately? The world is changing… and it seems that there is going to be a “new normal”. This is certainly going to affect precious metals. Some experts even believe that silver prices could double this year!

If spot price on silver is going to go from where it is now to around $50 an ounce, then buying silver today would be a great idea. However, other experts think precious metal prices aren’t going to change much at all and might even drop in value compared to the dollar. In that case, waiting and buying after the price goes down would be better, right?

We don’t have a crystal ball that predicts the future of precious metals prices. However, we can look at various indicators available to us. There seem to be 3 major components to what might happen to prices this year.

The first component that will affect prices is the value of the dollar. The second is industrial demand for precious metals. And the third involves manipulation of the precious metals markets. Today we will look at the dollar devaluation.

How do we determine what a dollar is worth?

Is a dollar worth a dollar? The value of a dollar certainly has changed over the years. 100 years ago you could go to a movie for 15 cents or buy a gallon of milk for 35 cents or mail a letter first class for 2 cents or buy a new car for $525.

When the prices go up across the board and it takes more dollars to buy the same things we call that inflation. When the dollar was backed by silver and gold, we didn’t really have much inflation. I am not saying prices didn’t change with the times. New technology or supply and demand changes did affect prices. However, overall the dollar remained relatively stable.

There were times like during the great depression when according to my grandad “the dollar was as big as a wagon wheel”. Grandad said that during the depression a farm hand would only earn a dollar a day plus a mid-day meal. He would go on to remind us that a day’s work on the farm was a lot long longer and harder than we could imagine today.

As I child I thought that might just be because of how much a dollar was worth. I had grown up in a world of inflation and it seemed that prices were always going up. Now I have learned that, even for those days, a dollar a day was well below good wages.

In the 1930’s we still had dollars that contained actual silver. The coins we used were approximately 90% silver and 10% copper. A dollar coin was about ¾ ounce. So a dollar in pure silver was about .62 ounces, just over a half ounce.

Even at today’s silver prices, would you be happy to work for just over an ounce of silver for 12 hours hard farm work? That would be like being paid about $2.00 an hour today for a very physically demanding job. It is easy to see why my grandad told the story to show just how hard the times were in those days. The dollar was indeed as big as a wagon wheel during the great depression in rural Idaho.

Over the years we have abandoned a currency backed by gold and silver and the result has been a drastic change in the value of the dollar. You certainly can’t buy anything for the same prices they cost in the past.

How do we keep track of inflation? We typically use the Consumer Price Index. When you read a headline that says the inflation rate in 2020 was 1.4%, that information came from this index.

The United States Bureau of Labor has been keeping these records for over a century. They have kept track of what a “typical basket of consumer goods” costs every month since 1913. This allows us to compare the dollar’s purchasing power for a typical American today compared to the past.

They use a formula to give each month a number. This allows us to come up with an idea of how much inflation (or deflation) the U.S. dollar has over a particular time period.

Average income in the 1930’s was only $1,368 per year. That would be like making $27,677.17 per year today. However, the average income today is reported to be around $49,764 nationwide. So overall our economy is actually doing pretty well compared to the great depression. Certainly we should be grateful that the dollar is not as big as a wagon wheel today.

Now that we have an idea how we keep track of inflation, let’s look at why it happens.

Inflation can be caused by various things. This includes expansion of the money supply, government regulations that increase prices, national debt, currency exchange rates, and economic factors such as a growing economy or supply and demand imbalances.

Inflation factors are complicated, but how are these many factors working to affect the value of the dollar today?

When you consider all of these various factors, we really do seem to be on the verge of what some experts are calling “the collapse of the dollar”. For example, Stephen Roach, an economist and professor at Yale, says that “by 2021 the dollar could lose up to 35% of its value”.

A lesson from the Weimer Republic – Hyper-Inflation

Have you ever heard of the Weimer Republic? This was the government of Germany after World War I. Their economic policies lead to a disastrous period of inflation for their national currency, the Mark. There were multiple factors in this hyper-inflation tragedy, just as there are effecting the dollar today. They used a method of borrowing heavily and printing large quantities of unbacked currency. 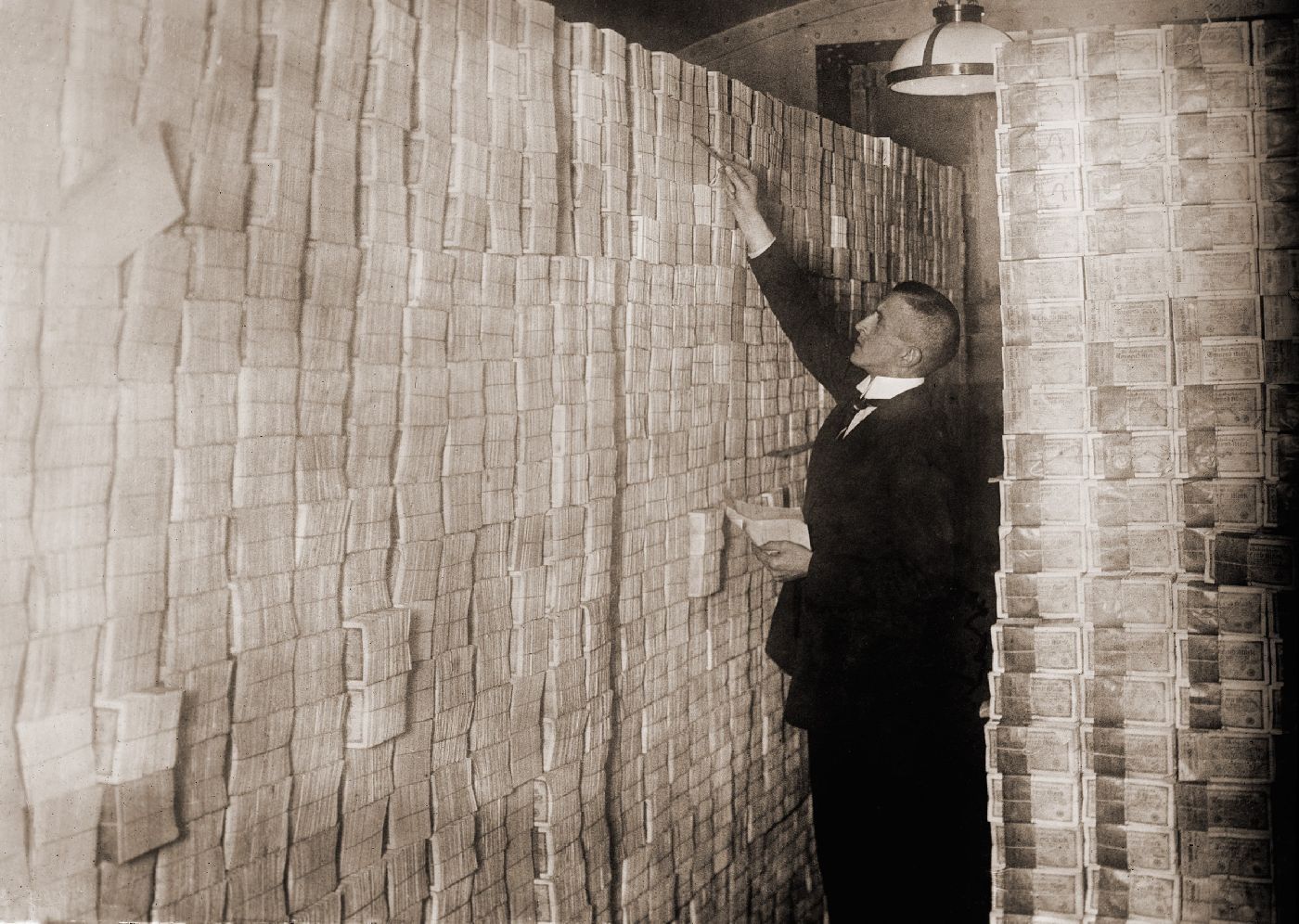 I heard about a man trying to buy a loaf of bread. He had a wheel barrel full of these marks which he parked outside the bakery. After he agreed on the price he discovered his wheel barrel had been stolen. Only they hadn’t taken any of the money. The marks were dumped out in a pile in front of the bakery! The millions or billions of marks were not worth enough to even steal.

The currency completely collapsed. Only foreign loans and an entirely new currency ended the crisis.

Could anything like that happen here in America with our dollar? Many experts say it never could. They say that the Fed will be able to maintain their target of a 2% annual inflation rate indefinitely. To think that we could never experience catastrophic inflation seems rather arrogant. Don’t you think?

This indicator tells us we certainly should be prepared for a higher inflation rate in 2021. It might not be catastrophic. But we don’t know.

Anytime that inflation starts to skyrocket, the prices of gold and silver have historically skyrocketed as well.

Will an ounce of silver be as big as a wagon wheel by the end of 2021? I sure hope not. However, prudence demands we should probably at least prepare for the value of the dollar to drop this year. 2021 inflation might not make life as challenging as it was for my grandad’s family during the great depression, but a little extra gold or silver doesn’t seem like a bad idea. Don’t you think?

Inflation is only one of the factors that might cause the price of gold and silver to rise dramatically in 2021. Next week we will look at how industrial uses for precious metals are likely to affect prices this year. 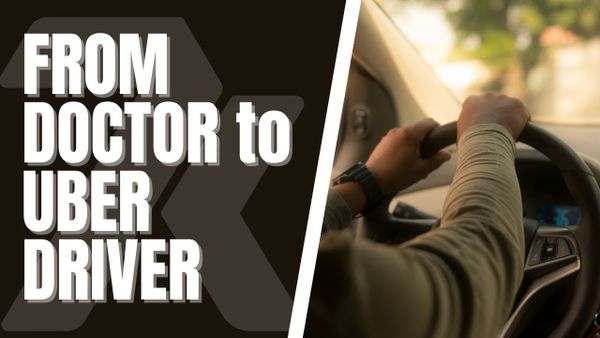 From Doctor To Uber Driver