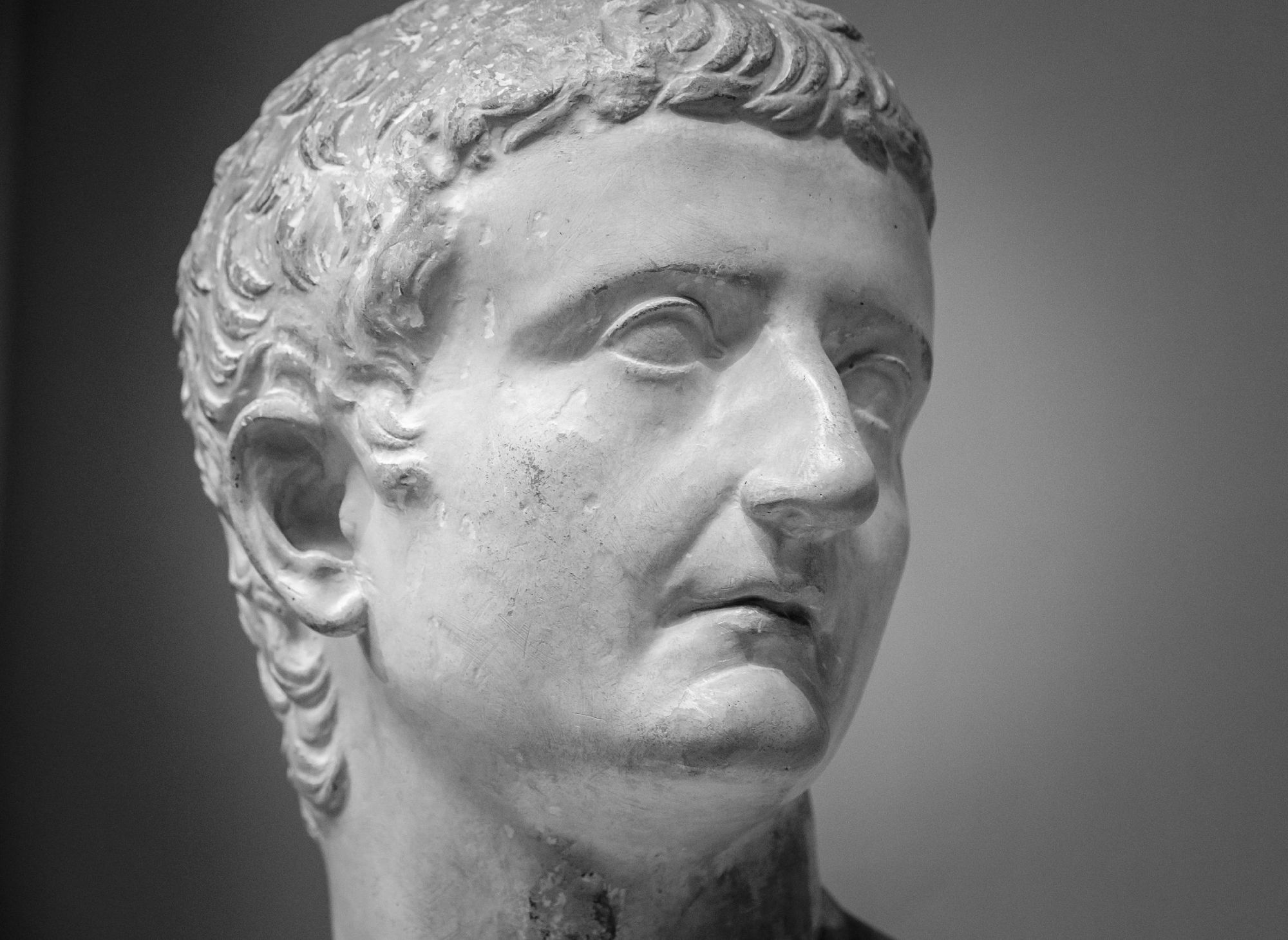 The story of Tiberius Julius Caesar, formerly Tiberius Claudius Nero, is a sad one at its core. Born to an exiled father and controlling mother, his home life wasn’t ideal. He was pushed upon from both sides, and the views that each of his parents held in esteem were vastly opposing to say the least. In fact, when his mother Livia Drusilla divorced his father, it was to marry the Augustus (Emperor) that Tiberius I despised so heavily. Talk about a nightmare ex!

She set herself up to be Queen of the Roman Empire, but we doubt she anticipated that she had raised a son who would become so much like herself.

Tiberius I took his family into hiding when Julius Caesar’s son, Octavius, began to hunt down and kill anyone who had been affiliated with his father’s murderers. Unfortunately that included Tiberius I. Well, Tiberius’s wife Livia was something of a power-crazed maniac and she divorced Tiberius I, took Tiberius II, and ran back to Octavius. For some reason, he took a liking to her and they were married shortly after. This began Tiberius Claudius Nero’s long journey onto the throne, guided by his ever-present mother, Livia.

Tiberius held his first political office at the age of 17. He was made a quaestor, which was essentially a public defender. He served diligently until it was time to join the military, where he would find his true purpose. It was during these early days of bliss, cutting throats and conquering lands, that Tiberius met the love of his life. She was the daughter of General Marcus Agrippa, who gave his blessing for the two to be wed. They went on to have children together and all was as it should have been.

Tiberius rose in his career and came to be known as a genius military leader. In fact, if he had been able to live out his days doing what he loved, he would most likely have skipped going down in history as one of the most hated Roman Emperors.

Sadly, politics went on as usual, and through a string of poisonings, sickness, and death, Tiberius was called upon to become Augustus. At Livia’s request, Octavius had adopted Tiberius as his own a few years prior. Suspiciously enough, he then died of mysterious causes and Livia’s son was made Augustus. However, Tiberius had never wanted the throne of the Roman Empire.

Maybe he was the only man alive who tried to refuse it. But by the time he was named emperor, he had loved and lost (by the decree of the previous emperor he had been forced to divorce his beloved pregnant wife and marry his philandering step-sister who'd been banished for adultery), watched his career be taken from him, and dealt with his mother’s scheming for far too long. All of that combined had seriously messed Tiberius up.

As his first order of business, Tiberius banished his mother Livia. She wasn’t allowed anywhere near him or the throne. She wasn’t even allowed to be involved in the planning of the funeral for her late husband, the Emperor. Livia lived out the rest of her days, a bitter jilted hag, far away from her son and his power. It’s said that even when she was on her deathbed, Tiberius ignored her summons and allowed her to pass from this life to the next, utterly alone.

To his credit, the Roman Empire flourished under Augustus Tiberius’s reign. For the most part, he had a level head on his shoulders and did what was best for his people. However, toward his latter years, Tiberius spent more and more time away from Rome and began to lean heavily on the advice of the head of his personal guard, Lucius Aelius Sejanus. Lucius was a military man in all aspects of the word, and power hungry as well. When Tiberius began losing heirs left and right, Lucius saw his opportunity to grab the Roman Empire for his own. Finally, when Augustus Tiberius heard of Sejanus’s plan to dethrone him, he swept back into Rome and had Lucius and everyone who had aligned themselves with his once friend killed.

What we can see in Tiberius’s reclusive behavior as grief, the Roman people saw as abandonment. It didn’t help that after the betrayal of Lucius, the Emperor’s mind began to spiral into madness. He saw threats to his power everywhere, and began to exile or execute seemingly innocent people more and more frequently. He eventually died at the age of 77, and passed on the helm of the Roman Empire to his grandson, Caligula. It’s been said that the people crowded into the streets to celebrate his passing, shouting, “To the Tiber with Tiberius!”

To us, Augustus Tiberius is a cautionary tale. Trying to escape his mother and the ugliness of the world around him transformed him into a bitter, ugly person. He had all the potential of a great leader. In his golden years he respected the will of the Roman Senate, kept his military from entering into unnecessary wars, and managed the Empire’s finances well. However, he let hate for the actions of others rule his life in significant ways. It festered and eventually destroyed him in the eyes of his people. Don’t be like Tiberius. Live and learn, and remember to let your experiences mold you into better people and leaders.

The 10th Commemorative Coin in our Roman Empire Series

One of Rome’s least popular, Emperor Tiberius was forced into leadership, but spent much of his time living remotely on the island of Capri. In his early years as Emperor, Tiberius’ reign ran smoothly. He avoided any major conflicts, wars and campaigns, and even maintained the city’s borders and finances well. But unfortunately, his sour demeanor, paranoid outlook and unusual behavior sullied his reputation for eternity.