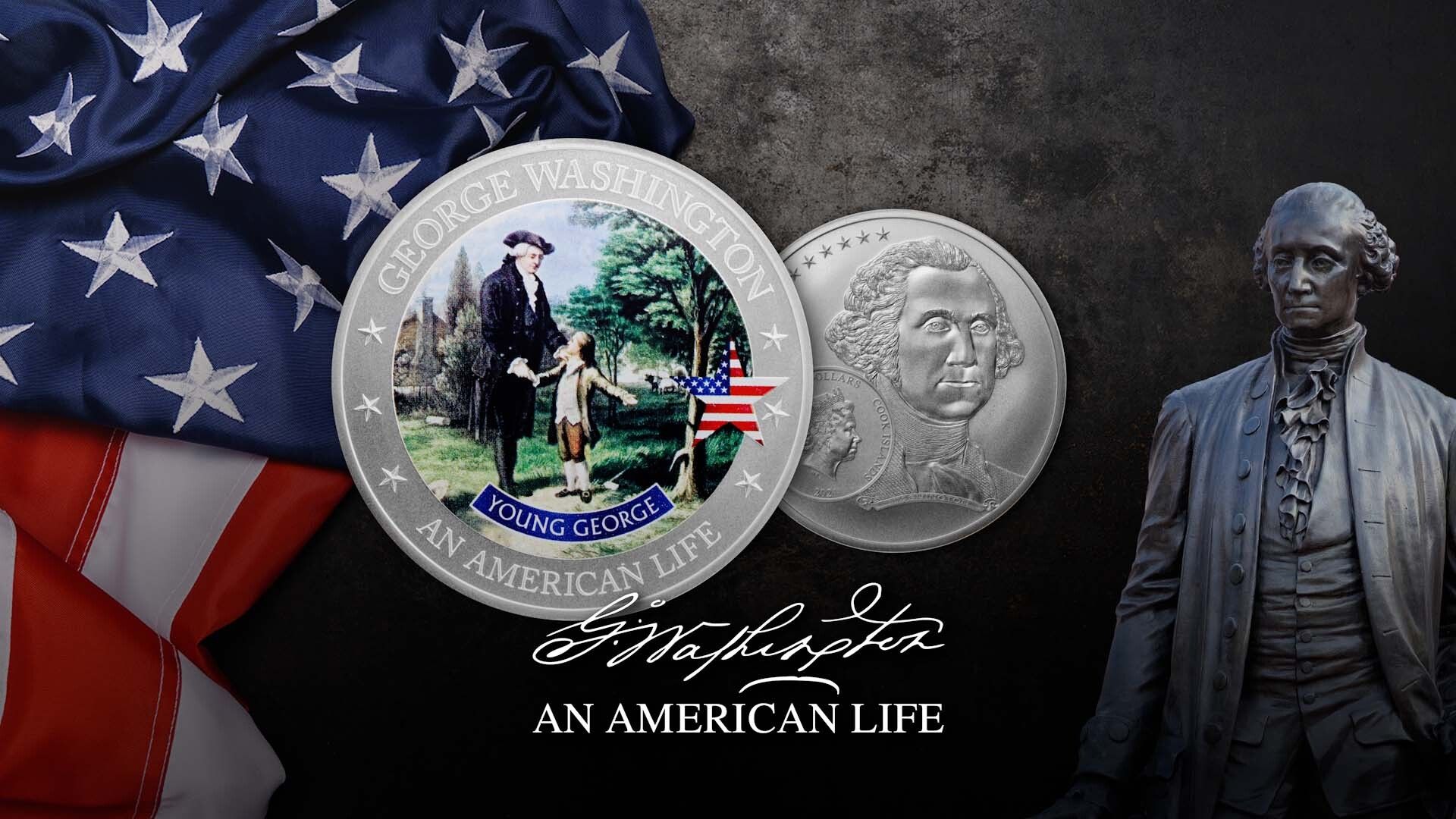 What made one of the greatest men in American history great? Well, in George Washington’s case we think it had a lot to do with his character, and that stemmed deeply from his childhood. The struggles, the support, and his own personal dedication to education were monumental in creating the man we all know and love. Ready to learn with us about George? Strap in, we’ve got a lot to talk about.

We don’t think it’s very common knowledge, but George actually grew up mostly without a father. What?! The FATHER of America didn’t grow up with one?? It blew our minds too. His dad, Augustine Washington died at age 47 when little George was only eleven. We can imagine it was a hard enough thing to go through for a young boy, but with his dad’s death also came the death of his formal education. See, his two older half-brothers had been sent to a fancy school in England to receive their education. That was pretty common back then for wealthier, well-connected families. It was actually the standard for the politicians and big-shots that Washington would spend his time with in the future. So you can imagine, to him, it was pretty embarrassing that he never got a formal education. John Adams was actually quoted calling George “too illiterate, unlearned, unread for his station.” Get off your high horse, John.

This was almost completely untrue, though. Even in his childhood, George was all too aware of what he had missed out on, so he dove into educating himself. He did have private tutors in math, reading, and some other basic subjects, but mostly he just read anything he could get his hands on. George especially liked to focus on learning the manners and etiquette of gentlemen. You know the solemn, composed face that you always see in paintings of him? That was mostly due to his borderline obsession with the “Rules of Civility and Decent Behavior in Company and Conversation”, which was a book of 110 rules that he copied word for word. These were rules that basically taught young people how to show respect toward others through their appearance, vocabulary, and even body language. No wonder George was such a master at keeping his cool, even surrounded by the knuckleheads in politics. Cough, we’re looking at you John Adams, cough.

Beyond basic education, George also taught himself how to become a surveyor. This was a pretty important job back in the day; it was how the colonies decided boundaries for land, whether it was for a farm, road, or town. He taught himself the trade from a book, called “The Compleat Surveyor” written by William Leybourn. How’s that for smart? George was appointed to be a professional surveyor at the age of 16! It was mostly all geometrical and mathematical work, but there was a fair amount of law that went into it as well. George traveled all around Virgina to do his job and, as with everything he did, we’re sure he did it fairly and well.

Even though his job took him around Virginia, George didn’t do a lot of traveling. He did get a chance, though, when he was 19 years old. George had two older half-brothers, and he was really close with one named Lawrence. Even though Lawrence was much older than him, George spent a lot of time hanging out with his brother at Mount Vernon, which Lawrence had inherited from their father. He was there for Lawrence when he was diagnosed with tuberculosis and told by his doctor’s that he needed some sunny weather to ease his condition. Well, Lawrence and his wife had just had a baby and after losing two kids already, his wife, Sarah, was adamant that the ocean journey was too risky for a child so young. So George volunteered to accompany his brother on his trip to Barbados.

Barbados was one of England’s most profitable provinces at the time. Any guesses as to why? Sugar! Barbados was the perfect environment for sugarcane and they mass produced it like crazy, which meant Barbados had a booming industry. For George, the leap from quiet Virginia to the hustle and bustle of their vacation spot was incredible! He and Lawrence were gladly taken in by Sarah’s uncle and shown the way of city life. George met all sorts of people and got to practice his hard-earned manners while he was wined and dined all over Barbados. He came to be known as a very proper, polite, young colonial gentleman. He wrote that he was “genteely receiv'd and agreeably entertain'd”. Coming from him, that was as high praise as we could expect, seeing as how over excitement was probably frowned upon in proper etiquette.

We’re sure his trip to Barbados was dazzling to George, but the time with Lawrence was invaluable. Since their father had died when he was so young, George looked up to Lawrence a lot. He saw him more as a father figure than a brother. That happened to be a great advantage to him, since Lawrence ended up marrying Sarah Fairfax. The Fairfax name was highly regarded and since George was around so much, he got to know them well. This introduced him to high society and put his name in context with the right people. Not to mention, Colonel William Fairfax became a personal hero to George, someone who personified everything that George himself wanted to be. The poor boy may have lost his father, but he still found role models in the best of men around him and that shaped him to become the role model we look up to today.

The Washington’s lived in a place called Ferry Farm for most of George’s life, but his father also owned a place called Little Hunting Creek, which had been passed down in his family for a few generations. When Augustine died, it passed to Lawrence, who renamed it to be the historical site, Mount Vernon. George fell in love with his ancestral home the more he hung out there with Lawrence and Sarah, so being the great older brother he was, Lawrence wrote his will to include George. On his death, Mount Vernon would pass from Lawrence to Sarah, and then to their child, and then to George. We doubt either of them would have expected it would fall to him so soon, but through the natural course of life George became the owner of Mount Vernon in 1761. No doubt it was the familial connection that made Mount Vernon such a special place in George’s eyes and heart.

It’s interesting to think of how George may have evolved nowadays, with such a rough start to his life. He could have easily pouted over his lack of education and given in to the idea that he was just doomed to be dumb his whole life. He might have taken the death of his father as a sign that he had no one to look up to. He could have lived his whole life in his mom’s basement, lamenting his woes and making everyone around him miserable. But that wasn’t who George was, and today we all have a lot to be grateful for because of that. So we’re kicking off this collection with a coin to remind us all that we can be more than what we started with. This coin signifies the beginning of an amazing story about a phenomenal man. Stay tuned to learn with us about the life of George Washington.