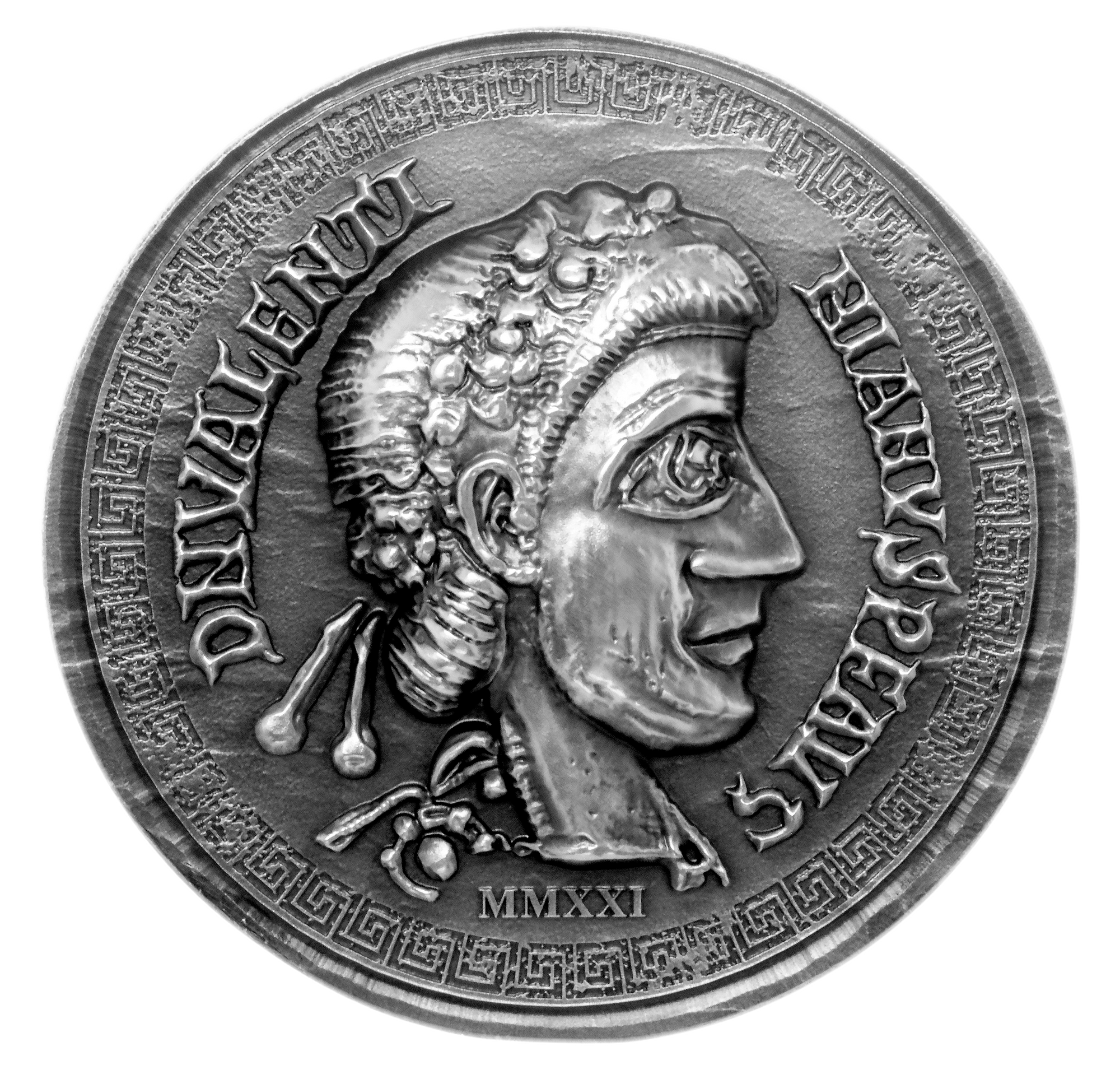 So imagine that you’re five years old and your mom sits you on her lap and tells you that you’re the emperor of the Roman Empire. Pretty intense, huh? Oh, and not only are you responsible for a collapsing civilization, but you’re also engaged.

The Romans were wild, man.

Valentinian III was that five year old. Of course, he had nothing to do with running the Roman Empire--who in their right mind would give that power to a five year old--his mom had the real power. Honestly, though, there isn’t a lot that’s known for sure about this part of history. Everybody was essentially running around like chickens with their heads cut off, so we’ll tell the story as best as we can.

See, Val’s mother, Galla Placidia, danced around the edge of power her whole life. Her dad was the emperor, Theosodius I, who passed the title on to her brother, Arcadius. She watched the men in her life juggle power and lose it. She had a front row seat to watch the mighty Roman Empire slowly sinking into an ocean of the chaos that was already all around it. The Vandals were running rampant in Africa, the Visigoths were out of Roman control, and Attila the Hun was still a constant terror. The Romans were aboard a ship that was quickly sinking, and everyone had an opinion on how to save it. There were multiple Roman military generals who were grabbing power wherever they could, frustrated with the lack of organization when the empire needed it the most. They took matters into their own hands and really only made the situation worse.

Amidst this entire debacle, Galla was somehow able to secure the title of Augusta by marrying the right guy, who promptly died and left her the power that we can only assume she really wanted. She leaped at the opportunity to name her five-year-old son emperor, which really meant that she was. And no one could really argue when she technically had a right to rule until her son was of age. Of course, that wouldn’t be for another thirteen years. Plenty of time for Galla to show her son that Mom knows best.

For the first twelve years of Valentinian’s reign, Galla had almost absolute power. Well...absolute meaning decorative. At this point the emperor was basically a glorified monarch, out of touch with the real world, and really only meant to sit there and look pretty. Which Galla did, well. However, one military leader named Aetius began to gain some real momentum when he befriended the wild Huns. He used his military expertise to back Galla into a corner where she had little option other than to accept his rising power. She made little jabs here and there, only succeeding in annoying Aetius.

When Galla died in 450, advisor to the emperor passed on to a eunuch named Heraclius. This may possibly have been the final twist to the knife hilt buried in the chest of the Roman Empire. Heraclius convinced Valentinian to kill Aetius, whose supporters in turn quickly sought revenge. Valentinian III was assassinated almost immediately after in 455. After that, no Roman emperor would hold the position for any substantial amount of time. Twenty-one years later, the entire civilization collapsed.

As far as we know, there were only a few things that Galla and Valentinian were able to accomplish during “his” surprisingly long rule. They tried to restore Roman traditions as best as they could through supporting religious leaders at the time, but like we said, it was a failing effort. The empire’s financial status was also a crisis that they attempted to fix but it’s hard to spend money when you don’t actually have it. They couldn’t just run down to the nearest Wells Fargo and apply for a credit card. Honestly, they probably wouldn’t have even qualified.

Valentinian III marked the end of a great empire, one whose culture, government, and traditions went on to influence the world around it. We won’t waste time wondering what could have been if he’d been better educated, stronger-willed, or a better man. Every civilization in history has had its time in the sun and its inevitable demise. So here’s to learning from the successes and failures of Ancient Rome, and the hope that we can do better.

The 9th Release in the Roman Empire Coin Series...

Valentinian III may have been a momma’s boy, but that shouldn’t entirely define the last emperor of the renowned Roman Empire. From the struggle to preserve a dying dynasty’s culture, to the fight to save the financial state of his empire, Valentinian has earned a place with the other stars of the 7k Roman Empire coin series.