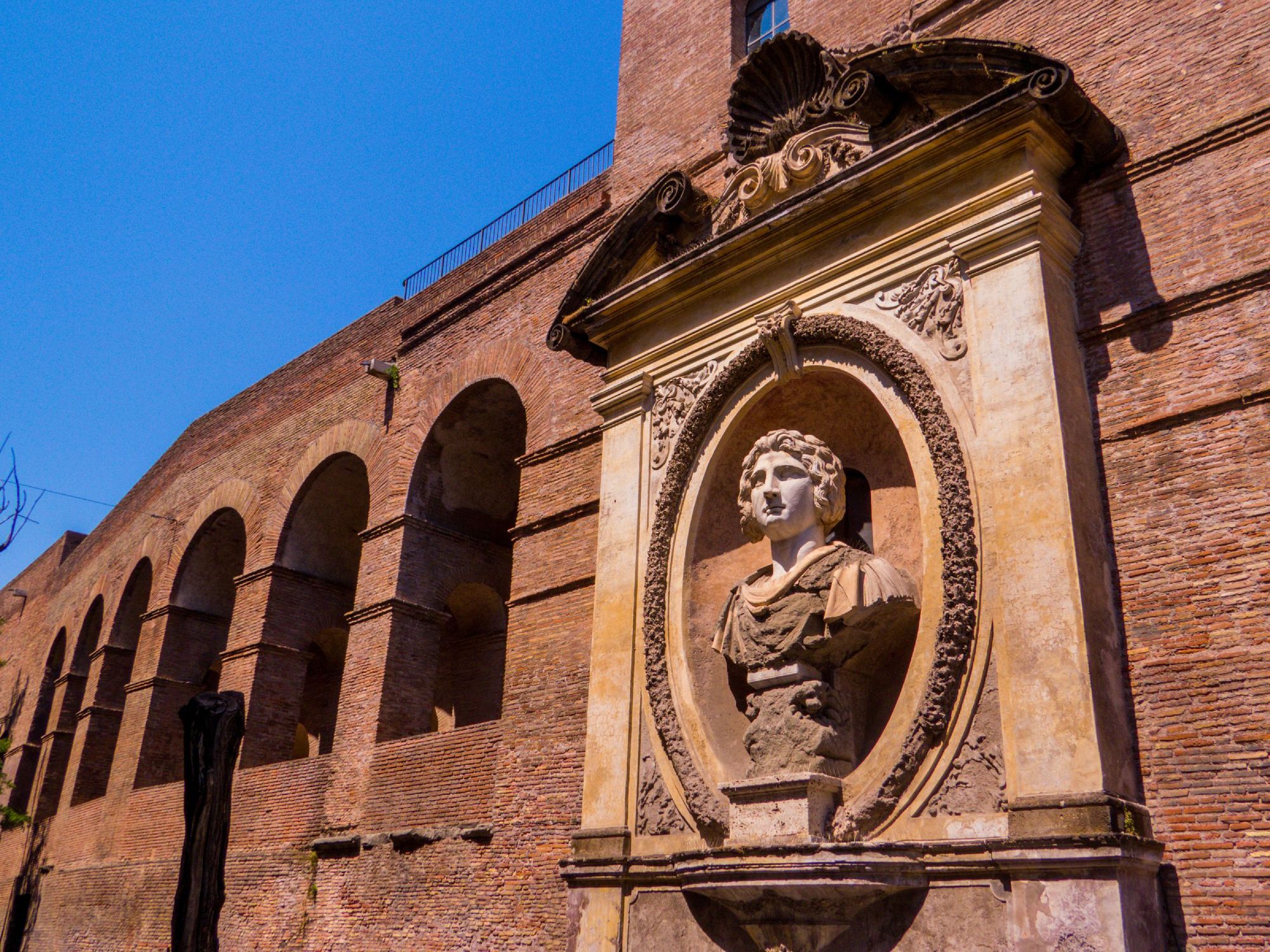 While for the most part Ancient Rome was a breeding ground for betrayal and sabotage, there was one emperor who rose above the rest in terms of moral goodness. Augustus Aurelian, self proclaimed “Restorer of the World” (let it never be said that he was humble), achieved recognition throughout his lifetime by laying down the law, but sticking to his word.

Aurelian was born, not to a noteworthy family, but the son of a poor colonus to a Senator. He made a name for himself in the military pretty quickly, and then stole the title of Augustus when there was a lapse in quality leadership--something that happened frequently in Roman rule. With the support of his comrades in arms, it was a pretty easy defeat, and despite stepping into power like a Bond villain stepping from the shadows, the people of Rome loved Aurelian. Well, most of them anyway. Aurelian was the champion of the poor, sympathizing with the people he’d grown up with. He cancelled debts and even threw a huge bonfire to hide any evidence they had even happened. We know what you’re thinking--where’s my Aurelian?

When Aurelian was made emperor, the Roman Empire wasn’t in great shape. As in, they were getting hit from all sides like they were in the center of a bumper car arena. It turns out, he was just the man to clean it all up. With his extensive military expertise, it was a piece of cake.

To the north, he faced the Junthugi and the Vandals. He marched on both tribes and they quickly surrendered. The suckers even offered warriors in exchange for their freedom. He accepted both offers and, true to his word, allowed the bulk of their forces to retreat to their homelands with their tails tucked between their legs.

Some tribes didn’t learn the first time, though. They attacked repetitively, bouncing off Italy’s borders like flies against glass. In order to keep his capital safe, the emperor ordered a wall be built around the city of Rome. It was later named the Aurelian Wall. It still stands today, a little worse for wear, as a monument to Aurelian. A trophy 21 feet high and 12 miles long. While today building a wall to keep foreign invaders out might seem controversial, back then it did the trick.

Next, Aurelian headed to the east, where Queen Zenobia and her teenage son Vallabathus had taken over Palmyra and some of its surrounding cities. During his march, Aurelian hit those smaller cities and brought them back into his fold. We would say he conquered them, but, well, that’s not really what happened. The first city Aurelian’s forces came across was Tyana. When the inhabitants saw him coming, apparently they just wet themselves from pure terror. Everybody filed out in a single line with their hands above their heads. Aurelian gave the order not to ransack the city, but to peacefully take control. News traveled of the benevolent leader who didn’t wipe out a city fast. (Low bar for mercy, right?) City after city laid down their weapons and allowed a peaceful takeover for Aurelian, trusting that he would keep his promises. True to his character, he did.

Even in the modern day, it’s difficult to find someone who’s bound to their word the way Aurelian was. He wasn’t the kind of leader to just roll over and expose his weakness to his enemies, but he dealt justice to Rome’s competitors and “fool me once” was their first and only warning. Aurelian proved integrity to his empire, the likes of which were probably rarely seen before. He went on to conquer the city of Palmyra and capture the queen Zenobia and her son.

Aurelian was known to his people as a merciful military leader and a great emperor, and we like to recognize fairness when we see the proof. So to us, and hopefully now to you too, this coin is a great reminder to keep your word. If you say you’ll do something, do it. Don’t allow the people around you to sway your decisions if you’re making the right call. Augustus Aurelian was a man of his word, and as leaders of business, we should be too. It might even earn you the level of adoration from your people as it did Aurelian from his. I mean, yeah, he was still assassinated, but who wasn’t back then?

The 12th Commemorative Coin in our Roman Empire Series

Although he ruled for less than five years, Emperor Aurelian achieved great success in restoring and reuniting the fledgling Roman Empire. In fact, he actually went from just a soldier to emperor because he was an outstanding general and also an uncompromising administrator-- talk about a cool guy! During his reign, he increased the distribution of free food at Rome, & did more for the plebeians than almost any other emperor.