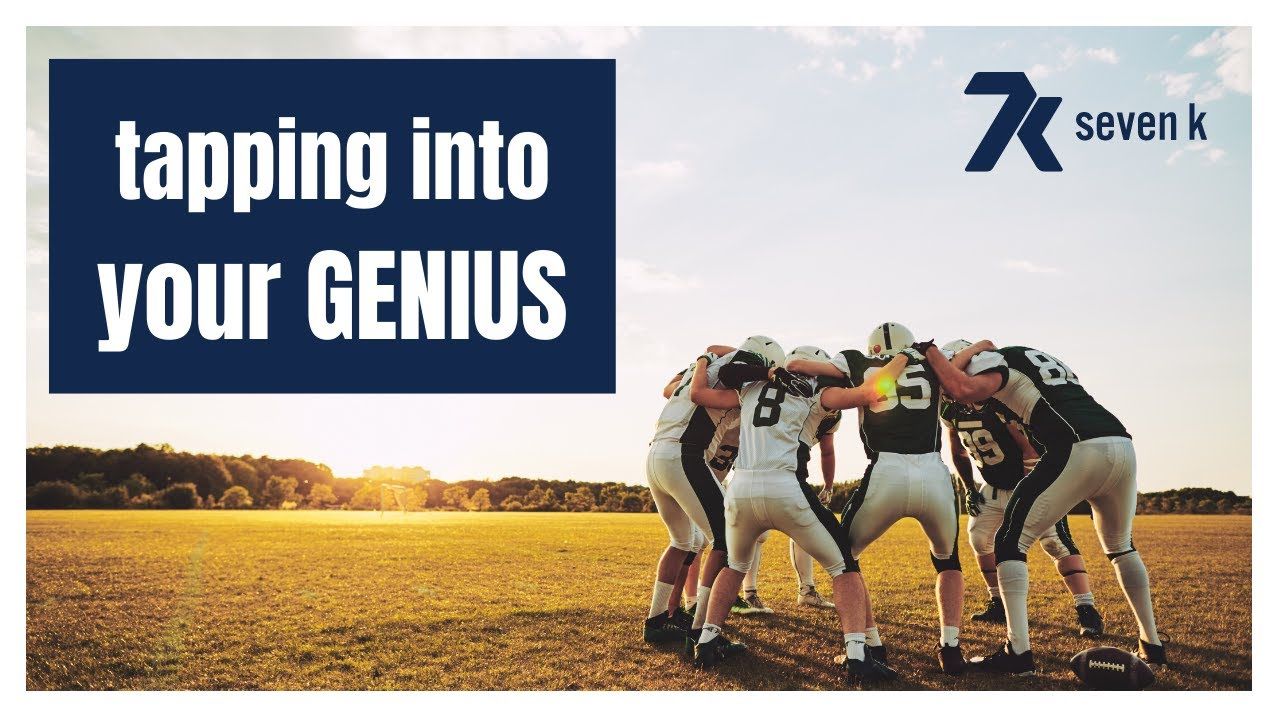 So the genius of the team is found within the individual members of the team. So when you’re putting this together, what I want you to be thinking about is not that you have to be the leader of this team and you have to have all the answers, because that’s not how organizations work. I mean, if you were to come to one of our corporate meetings where we sit around as ownership group and the corporate team, I think you would be surprised to see where some of the ideas come from because everybody in the group has a different idea, right, and an idea floats out there and then somebody grabs a hold of it and they marinate on it for a minute and then they come back with something.

And so everybody has their own genius and everybody’s good at something inside of this industry, inside of building in this company, but you may not be good at everything, and so the real power in putting a team together is being able to tap into the genius of the individuals who are on your team. If you’ve got somebody on your team who is incredible at numbers, leverage that. Put them in charge of tracking where everybody’s at, and making the nightly phone calls, and getting the updates on the accountability with the numbers, and putting the charts together. If you’ve got somebody who is incredible at doing three-way calls, leverage that person to do three-way calls for everybody on the team. If you’ve got someone who is unbelievable at giving the presentation over a zoom meeting or over a phone call, leverage that person so that everybody on the team benefits from the people that are a part of that.

So, it’s the same in this as it is in any business that I’ve ever built or anything that we’ve ever done, inside this industry, outside this industry. The genius of the team lies in the individuals. I have rarely ever been a part of a team where one individual had all the answers and was able to put everything together. The best teams that I’ve ever been a part of understood that everybody was going to be a leader at some point. It’s called the Russian Roulette wheel of leadership, like at some point, it’s going to be you. Even though you may not be the designated leader, at some point it’s going to come around and you’re going to be a leader in that moment.

And so, I’m gonna tell you, if you wanna win this contest and you wanna blow it out big, leverage the gifts of the people that are on your team and you watch what happens. And let everybody play at the level that they are capable of playing and look at every single person as the leader of the group and you will create leaders. Don’t look at them as everybody’s under me and they gotta follow me and do what I want. You’ve gotta look at everybody as a contributor, as part of the team, and you guys are gonna kill it. So I’m excited to see how these teams shake up. I’m excited to see who’s placed where.

Zach: "Okay, cool. So I want you to think about this for a second. The newest person that you bring into the business tomorrow is a really good candidate to be on your team because they got a lot of rank advancements ahead of them. Right? So don’t just focus on people that you know, that you’ve worked with a lot, that you have a good relationship (with). Be looking at the individuals that are brand new coming into the team because two things will happen. Number one: they have the most opportunities for rank advancements, which gives you a bunch of points. And number two: they have the most excitement that you’re gonna find on anybody in the team, and they will fire up the team as they start bringing people in and hitting those rank advancements.

So, you guys are gonna kill it. I’m excited to see it and I’m excited to see this growth continue. You guys are rocking it. I appreciate you so much for all the hard work and energy and effort you’re putting into it. We realize we could not do what we do without you and we know exactly where the growth is coming from and why we’re able to do the things we can. It’s because of the hard work and energy that you guys put into this company so from the bottom of my heart thank you, thank you, thank you. We love you."