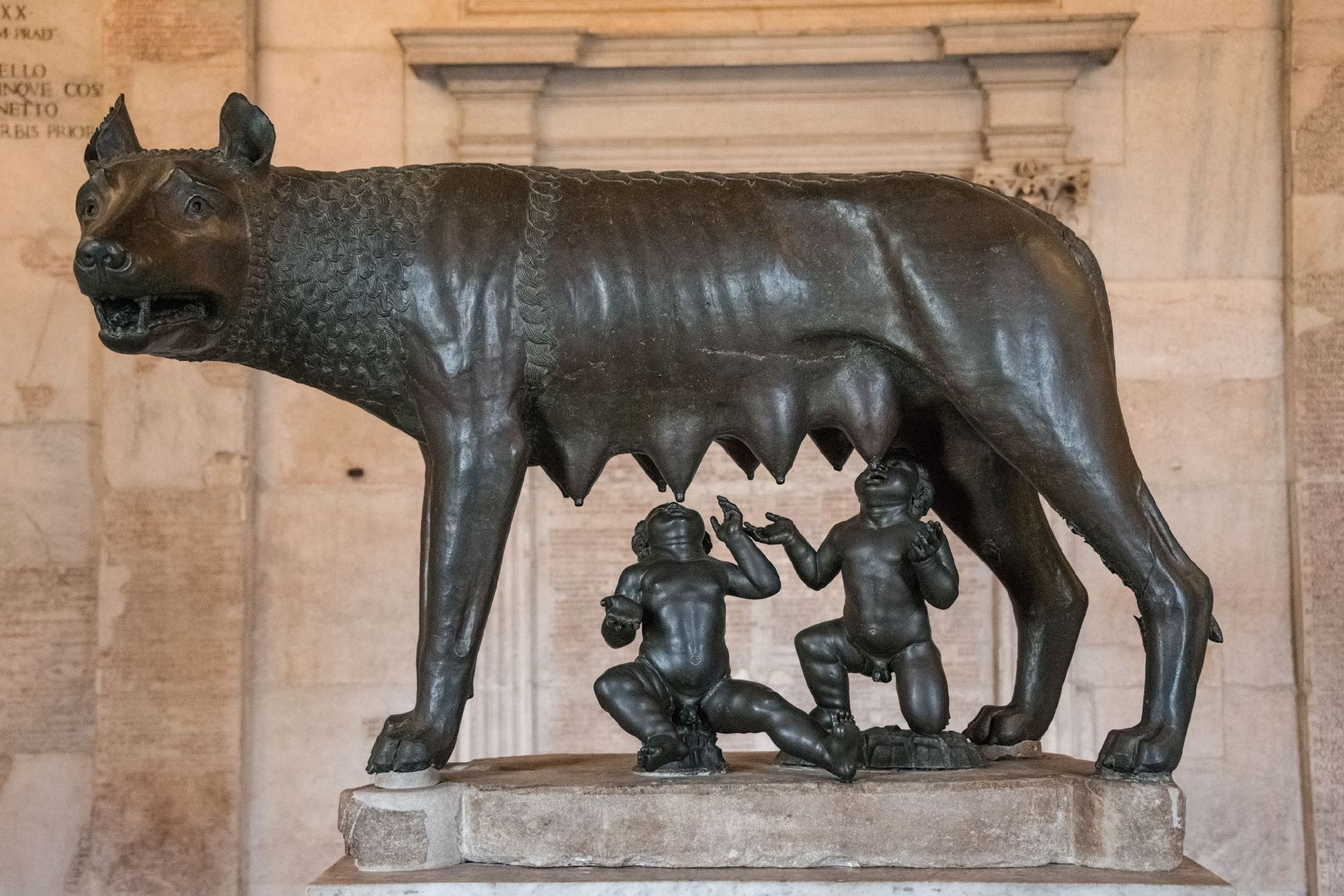 We all know that the Romans were a pretty cocky people. So it makes sense that their origin story, passed down for millennia, was far-fetched and fantastical. The legend of Romulus and Remus includes all the good stuff: gods, she-wolves, brotherly betrayal, and killing kings. So grab some popcorn and a comfy seat, and let’s dive in.

We begin our story many centuries ago. The year is unknown (but gods and goddesses are roaming the earth so it had to be a while ago) and the place is the riverside city of Alba Longa. Two brothers are struggling for the throne of their new kingdom, and in the end, the youngest brother, Amulius wins. He banishes Numitor and takes his brother’s birthright. However, there’s a catch. Numitor had a daughter, Rhea Silvia, and now the new king has to make a decision: to kill his niece to ensure she never produces heirs, or to allow her to live and risk his throne. Emotion gets the better of Amulius, and he allows the girl to live, under the condition that she remain a virgin under the watchful eye of the virgin goddess, Vesta. Thus, his claim to the throne is safe, and everything is just as it should be.

Until Mars. Mars, the Roman god of war, takes one look at Rhea Silvia and decides he must have her. Their time together results in two twin boys being born, enraging Amulius. His direct orders had been disobeyed and now he has not one, but two threats to his throne. The pretender king now has another difficult decision. He must decide whether to risk enraging Mars by killing his children, or allowing them to live on and live in fear of their birth rights being discovered. Amulius cleverly decides to throw the baby boys into the river, figuring that if the elements killed the boys, he couldn’t be to blame.

The servant sent to perform the task falters, though. After all, they were just babies. What threat could they really present? So the soft hearted servant places the baby boys into a basket and floats them down the river Tiber, praying that the gods hear the boys’ cries. As luck would have it, someone does. As the basket nears a shore, guided by the river god Tibernus, a beautiful she-wolf steps from the edge of the forest and investigates the wiggling basket. She sees the twins and takes pity on them. Gathering the basket in her jaws, she carries the boys to her home at the base of Palatine Hill. She feeds them with her own body and cares for them as her own cubs. Eventually, a shepherd by the name of Faustulus finds the boys. He takes them home to his wife and together, the couple will raise them to be strong young men. They are given the names Romulus and Remus, the stars of our story.

Through disputed events, Remus is captured by Amulius’s men and returned to his ancestral home, Alba Longa. Romulus gathers a band of his friends and storms the city, killing his great uncle Amulius and discovering his and his brother’s right to the throne. However, they have no such knowledge for how to be kings, so they find their grandfather and rightful king, Numitor, and give him back his crown.

The boys still have big plans in mind, however, and they decide they will build their own kingdom together. The real decision is: where should this new capital be? Romulus thinks to build it on Palatine Hill, as an homage to their she-wolf mother. Remus argues for another hill closeby, Aventine Hill. The brothers can’t agree, so they turn to the ancient religious practice of augury, the observation of birds to find divine signs. When Remus sees 6 vultures circling his Aventine Hill, he triumphantly proclaims that his is the correct decision for their capital. Romulus sees 12 vultures circling Palatine Hill shortly after and believes that this is the sign from the gods that they have been waiting for. The brothers become angry with one another and a brotherly argument naturally becomes a fight to the death.

Romulus emerges victorious. When the rage subsides from his body, however, he sees the lifeless body of his twin brother and grief overwhelms him. He buries his brother properly, but goes on to establish his kingdom as was his right as the victor. He names the city after himself, and creates the first Senate to govern his followers. Years later as an old man, Romulus wanders into the mists and disappears forever, to go live among the gods.

Wow! You see what we were saying, those Romans really know how to tell an origin story. There were Roman coins minted as early as 269 BC, 480 years before Rome was even founded, that displayed scenes from Romulus and Remus’s lives. Which begs the question, is it all really a myth?

We’ll leave that one up to you, but the important thing about this legend was how it influenced the culture of Rome. The lessons that they pulled from Romulus and Remus shaped how both the people and leaders of this entire civilization thought and acted. Namely:

Strong and somewhat flawed principles to instill in an entire society, but pretty cool if you ask us. So you see how we really just couldn’t pass up the opportunity to create a memento to the legend of Romulus and Remus: the myth that began the greatest, longest-lasting empire in the world.

Depicting the legend of Romulus and Remus, is our replica of the original Romano coin. In Roman mythology, they were twins born to a mortal daughter of a king and the god, Mars. Their story involves being suckled by a she-wolf, raised by a shepherd, returning to conquer their evil uncle and restore their grandfather to his throne, then eventually Romulus kills Remus and founds the great Roman civilization. Busy boys!