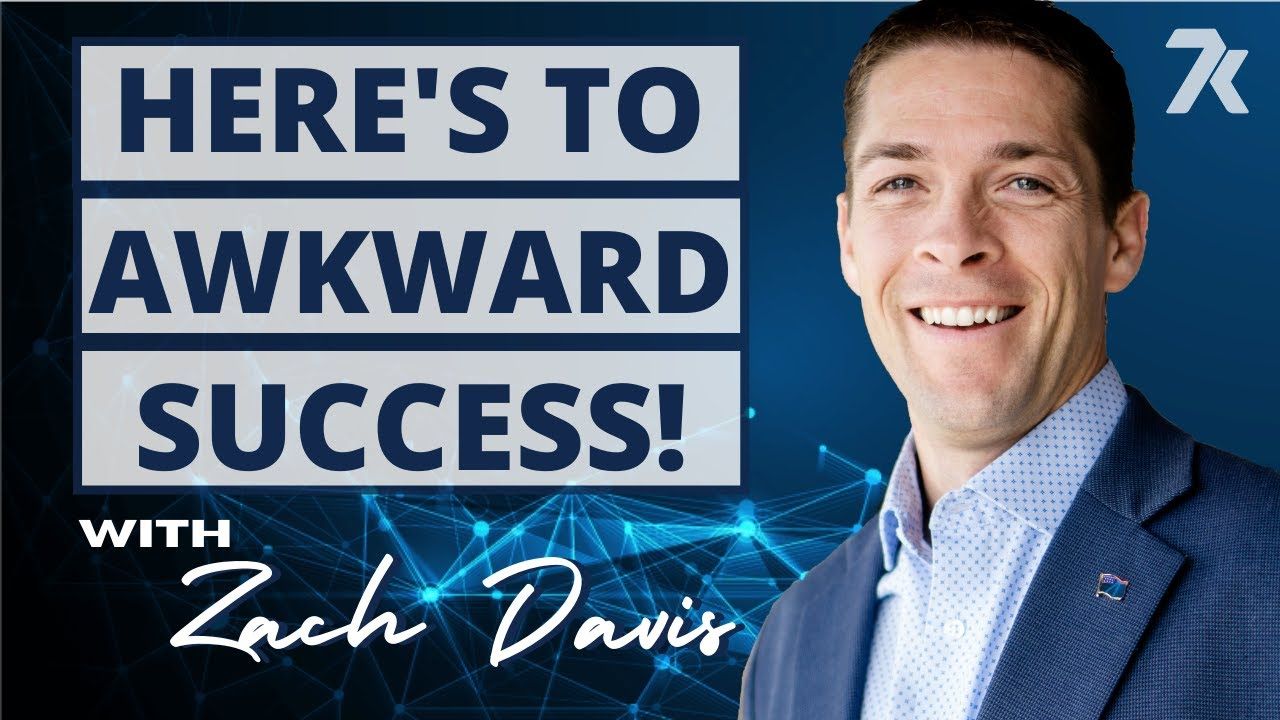 When my wife and I were first married, we lived in a small basement apartment that my in-laws actually had at the bottom of their house where they used to have school teachers that used to live down there. We were moving a fridge in one day with the father-in-law and we were pushing, trying to get this fridge into this space and I looked up the wall and I noticed that the wall was completely crooked. It was like a half-inch out and there was no way this refrigerator was gonna fit. And I remember saying something like, “Man, whoever framed this wall sure screwed it up. They couldn’t get it straight if they tried.” My father-in-law turned to me and he goes, “Well, I framed that wall.” Oh my gosh, I wished I coulda just crawled in a hole and died.

Have you ever said anything or done anything where you just felt so awkward, you wish you could just vaporize and disappear? Yeah, that was me in that moment. That was also me the very first time I gave a presentation in the network marketing industry. I remember I invited a whole bunch of people to my house, I probably invited 15, 20 people, I had three people show up. I gave the presentation, everybody wished I would just sit down and be quiet because it was so awful. I wished I could have just vaporized and disappeared as well. Look guys, there’s different stages you’re gonna go through in this business, and in life, in anything. You’re gonna be awkward at first when you try to learn a new skill or when you try to do anything, just like I was when I was trying to give my very first presentation. And the next stage you’re gonna go through is mechanical. And then it becomes natural.

So what happens during the awkward stage? Guys, you just have to fail more often than the next guy. That’s how you win, that’s how you become successful. So look, the bottom line is, anyone who’s good at anything in life, they’ve just failed more times than you have and that’s why they’ve become a professional at it. So they haven’t been afraid to fail. So you have to be willing to be a little bit awkward and it’s gonna be awkward for a minute, okay? So you’re not gonna know the words to say, you’re gonna mess up, you’re gonna say things that might be incorrect, you’re gonna say things that might maybe even offend somebody. But the bottom line is this: eventually, you’ve moved from the awkward stage and you finally get into the mechanical stage.

The mechanical stage, you’re scripted. It’s like, okay, you’re trying to just memorize what anybody else is saying and you’re just repeating it. You don’t know the answers to all the questions, but it becomes--you sorta sound like a robot. Okay, and that’s okay, because I hear some people say, “Zach, I do not want to memorize a script. Okay, scripts do not work for me.” Look, they didn’t work for me either. That’s why I was mechanical, and that’s why I was a little bit awkward. Everybody is. Okay, but if you do it long enough those words become you.

So follow the system of the program that we have here, and you’ll become successful. But you have to follow the system, and you have to follow the words that we say. So you’ll be a little bit mechanical, it’s okay. People are gonna notice, but guess what? Anytime anyone starts anything new, they’re gonna be awkward and they’re gonna be mechanical and people are gonna expect it. They know you’re not a professional. They know you haven’t been doing this forever, and they know you’re just starting out. So just be okay with that.

And then the next phase is you’ll finally move into becoming natural. Now the faster you fail, folks, the faster you will move from awkward to mechanical to natural. The more times you give the presentation, the more invitations that you give, the more phone calls that you make, the more questions that you ask, the more opportunities that you put in front of people to join the business, the faster you will move from awkward to mechanical. But just be aware, it’s gonna happen. Everybody’s gonna go through those stages. Nobody starts naturally. Even a professional salesperson coming in here isn’t gonna know exactly what to say about our program. So if you’re just getting started, or if you’ve been just getting started for the last year or several months with us, just chill out, okay? Take a chill pill, take a deep breath, it’s no big deal. The people you’ve already talked to, maybe you messed up with them, it’s okay. Go back. Look, just give the presentation over and over and over again. Invite, invite, invite. The person who invites the most is the person that always wins. And the person who’s willing to mess up the most is the person that always wins. Alright guys?

So move through those stages, but you’re gonna go through them regardless of whether you want to or not. If you want to become successful, there’s two zones: your money zone and your comfort zone. They’re worlds apart. In order for you to make the big money, you have to get out of your comfort zone and start moving toward the money zone. The very first stage of that is becoming awkward. Alright, so here’s to your awkward success. See you guys."