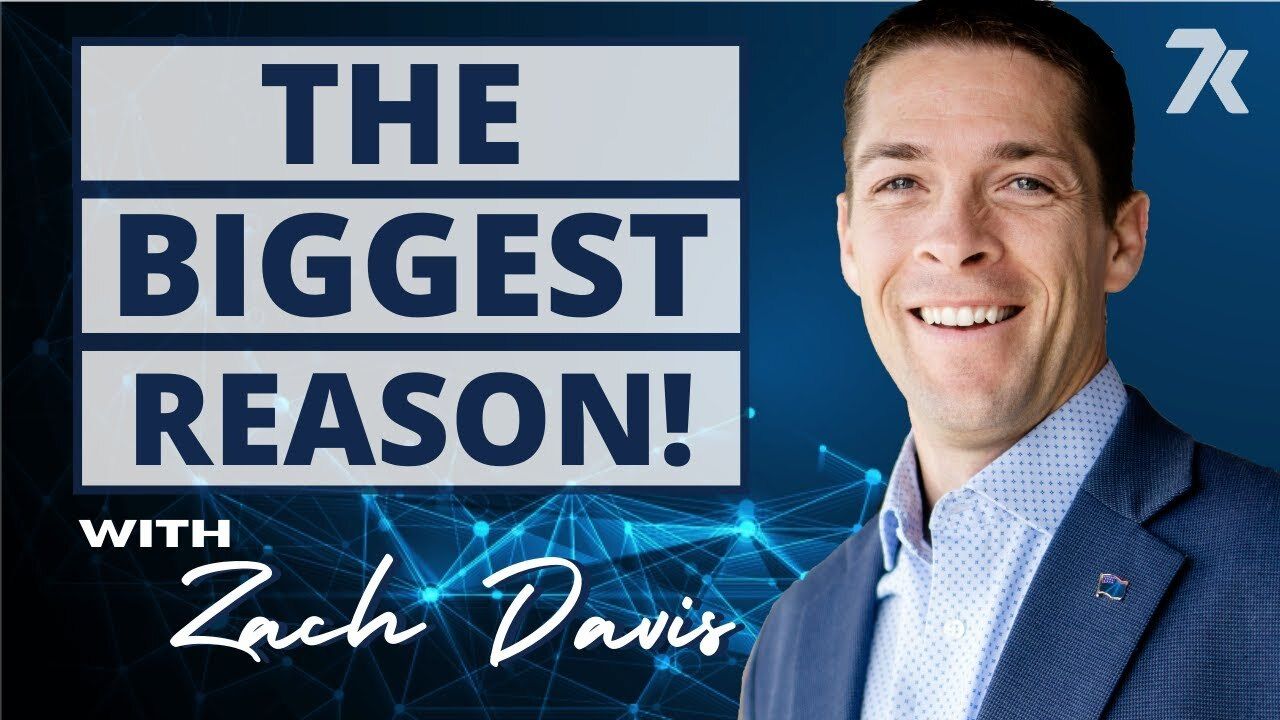 Hey, in the last video, I talked about surrounding yourself with a team, lifting each other up, and that value that there is, so that you’re not lonely on the top and you have people helping you build an organization, stepping into a system.

So, one of the things that was really interesting--we just had this big event down in Dallas, if you guys were there you know it was awesome. Tony Hubbard rocked it, it was an amazing event. Those of you who missed it, we missed you and hopefully we’ll see you at the next one. But one thing that was really interesting, guys, it was an observation I made, is of all the training and all of the tools and resources that everybody walked away from, you know what I think most people value the absolute most, is on Friday night, we had an awards and recognition ceremony. We basically walked everybody across the stage who became an associate, a copper, bronze, or a silver. And here’s what was really interesting: there were some comments from some people who said, “I was only an associate. That’s one person left and one person right.” Look, for some people, that’s the hardest thing they will ever do in the entire world, because talking to someone is absolutely frightening for them. Okay, it’s the last thing on planet Earth that they’re comfortable with doing and they don’t wanna do it, but they reached out, they did it anyway, and they became an associate. Now, some people are gonna say, “Well being an associate, Zach, that’s super easy. I talk to people all the time and it’s easy to sign two people up.” But everybody’s a little bit different, guys.

So one thing that I want you to understand about building a network marketing business is the fact that you’re working with a volunteer army, okay? Now the luxury we have as employers is if somebody doesn’t work and they’re not doing their job, you just fire them, right? If somebody’s doing a terrible job, you can lower their pay and get them to quit, and I know that sounds rough, but guys, that’s the reality of it. You get paid what you’re worth. Okay, you get paid for the value you bring to the organization. So how do you get a volunteer army to follow you? Because you can’t just call people up and say, “Hey look man, Zach, you’re not recruiting. If you don’t recruit, I’m kicking you out of the business, I’m pulling your membership.” Okay, you don’t get to do that. We’re a volunteer army, what we do is we inspire, we teach, train, and we lead. So how do you get people to stick around? Look, we have people in our organization that will buy a membership, and they won’t do anything for an entire year. They will sit on the sidelines, and they will watch, and they will wait and see. Guys, that is okay. But how do you inspire those people to move forward? One of the biggest things people are looking for in the world today is they want to matter. They want to be recognized, and they wanna know that something they did mattered to somebody else. So how can you be the person that can make them matter?

Look, while I was driving just before I shot this video, my wife actually sent me a text. And she said, “Zach, I know you’re absolutely tired. You had to get up super early this morning, you went to bed late last night to drive to the airport to fly out to help some people build their business.” But she said, “I just want you to know that we recognize how hard you’re working for our family.” Guys, do you know what that does for me? Look, that jacks me up and gets me excited to push even harder because I know my wife appreciates it. Okay, and I know my life partner is proud of what I’m doing and the lives that we’re changing. It gives me the energy and the enthusiasm to keep moving forward. And you know what else it does? It makes me push to think what else can I do to make my wife proud of me? Okay, what else? Because she made a little deposit into the mental bank account. Okay, so she deposited some gratitude. Now I’m gonna reciprocate that someday.

So what can you deposit into the bank account or the minds of the people that you work with? How can you inspire them? What kind of contests can you put together that will allow people to have small wins? Look, we’re not looking for touchdowns. We just want first downs. Because if they can make a first down, it gives you a reason to congratulate them. Have they been in the business for six months and never gotten on a corporate call? Look, when you call them up and say, “Hey, I want you to jump on this call,” and they get on the call with you, guys, that is a win.

So in the corporate world, we are trained to look for the things that people do wrong because everybody’s climbing the same ladder, but only one person can be at the top. Do you guys understand that this model is reversed and you can have literally hundreds of thousands of people at the top? Okay, and we don’t have tear other people down to get there. Look, you can pass your upline, work harder, sign more people up, get more points, you can make more money than they can. You don’t have to tear them down to do it. So in our model it’s unbelievably amazing how we can take people who are not being recognized in corporate America, or in their job, and we can recognize them for the smallest, simplest things. Guys, we think it doesn’t matter, but when a new associate is created in your business, you need to make a big deal of that. A personal phone call. “Hey man, I just wanna call and recognize you and thank you for working so hard in your business to become an associate. Our associates matter to us. Okay, now we’re gonna help you make the next one.” And the recognition just keeps coming and so what ends up happening is, people start doing things because they know the recognition is coming. They don’t want the money. What they want is the feeling of mattering, they--is that a word, mattering? If it’s not, it is now, okay? They just simply want to do the things that will get that pat on the back, because they’re not getting it in the regular corporate environment.

So think about the things that you can do to recognize the people that you’re working with. It’s a volunteer army. You can fire them, they’re in your business. Now you can do things to make them quit, but I wouldn’t. What I’d be doing is I’d be looking for ways to help inspire them to take the next step. And when they take the next step, you act like they just won the Masters. You act like they just won the world championship, because guys, in their life, they probably did. And the recognition that comes from that will provide the energy and enthusiasm to move to the next piece, which will get them more recognition and ultimately it will build their business and build your business. Alright, so everyone matters guys. We believe in you, and we say that because we absolutely mean it. So when you believe in somebody else, the way you show them is by giving them recognition. It doesn’t have to be material things, it doesn’t have to be money. It can simply be a phone call that says, “Hey, look man, I know you’re diggin, I know you’re working hard. I appreciate you, and I’m excited that you got on that call even as busy as you were.” Alright, that’s all you gotta do guys.

So recognize the people in your team, you watch the momentum build, and you watch these people start performing for you simply because they want the recognition. Alright guys, we love you, we believe in you, and we’re proud of you. We’ll see you on the next video."