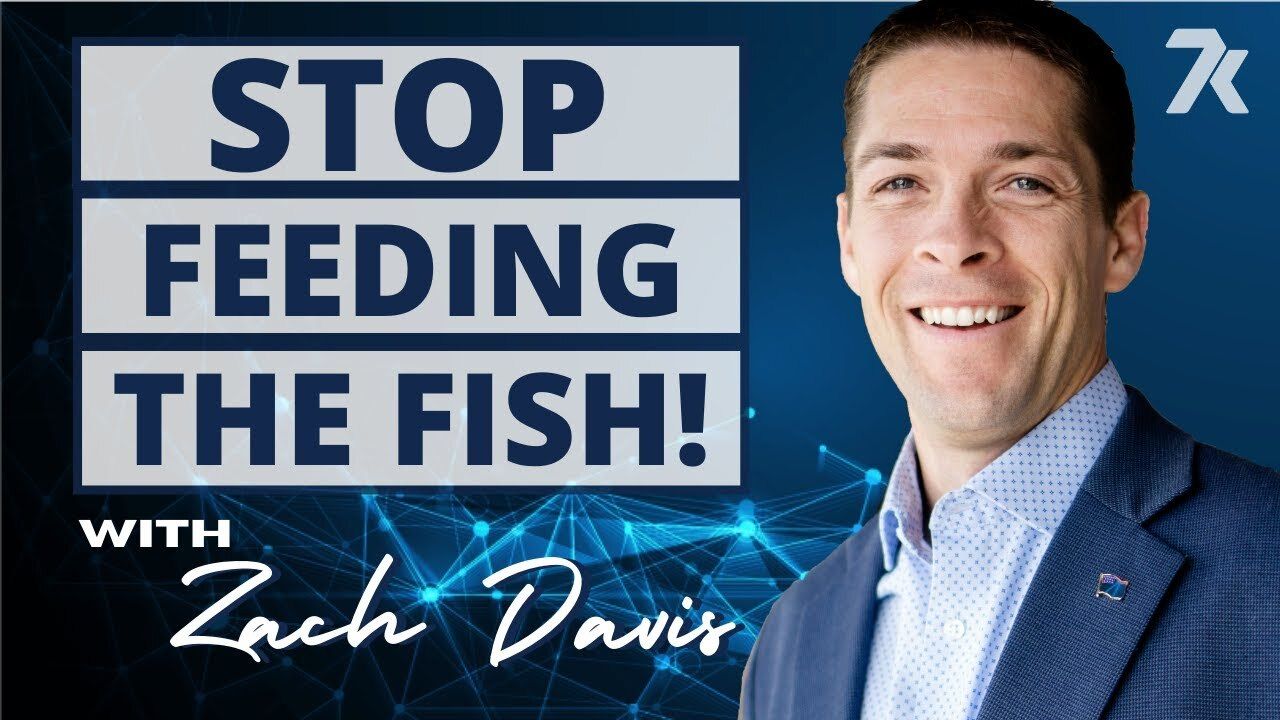 Hey, several years ago my wife and I and Josh and Katie were down in Hawaii, and we visited an absolutely gorgeous bay called Hanauma Bay. Some of you might have been there before and some of you might have heard me tell this story, but I want to tell it again because I was thinking about it again this morning after a phone call with some of our leaders.

So in this bay, when you go down these big, long stairs, you go into this room, okay, and as you go into this room, it’s actually a theater. And the backstory to that is, years and years previous, this bay used to be just an open place--you could go down anytime you wanted. What happened was, people started going down and they started feeding the fish. And there was this beautiful coral reef. And this coral reef, it just completely died and the fish, wildlife went away, and so what they did is--the government came in and said, “Hey, we have to protect this place.” And so they blocked it all off, they made it so you only have one entrance way that you can get in, you have to go into this building. When you go in, you watch this movie.

(And it’s super comical because it’s like, okay, when is the government gonna take their own advice, right? But anyway, that’s a side note.)

So when you watch this video, basically what it explains is that, as people went down and they started feeding the fish, the fish stopped feeding on the coral reef. And so the fish stopped being fish, right? They started being entitled, and so they would show up and wait for people to feed them, and they wouldn’t go out and feed on this coral reef.

So the bottom line story is that the government came in, and said, “Stop feeding the fish.” Because what we’re doing is, we’re creating an entitled society of fish where, instead of going out and being producers--which is the natural progression of man, right? Man needs to be a producer and needs to have a purpose--and so these fish stopped producing, they stopped coming and eating and fighting for their food, and they just sit around and get lazy and the fish die, the coral reef dies, and now we lose this entire ecosystem.

So think about this for a second in your business. In fact, I’m gonna tell you another story.

So, a friend of mine, when he was going to college, he and his brand new wife, they hadn’t been married for very long and he didn’t have a job. He was trying to go to school full time and his wife was trying to support him; she was done with school. And he came home one day and his wife was still in bed. And he thought, okay that’s really weird. So he took his books, he went back to class, when he came back, she was still in bed. And this went on for a couple days, he would come home and she would still be in bed. And he’s thinking, well, this just isn’t like my wife, what’s going on? Have I done something? Is she mad at me? Is she gonna leave me? What’s going on? Come to find out, one day he came home and she was still in bed, and so he said, “You know, what’s going on? Let’s talk about it.” Guys, think about this, here’s what she said. She said, “I’ve only been eating one meal a day, because we don’t have the money for groceries, and I want you to have the food you need, and I want you to have the energy to be able to go to class and learn, and get good grades, so that we can get a good job, so that we can provide for our family.”

That hit him like a ton of bricks, as you can imagine. As a man and a provider, your wife tells you she’s only eating one meal a day, and she doesn’t have the energy to get out of bed. So she’d get up, fix his lunch, go back to bed. So that just crushed him. But there was some hope in sight. So they had these pell grants that were coming, but they weren’t gonna come for 4-6 weeks. And when they got married, they had a thousand dollars to their name, and they’d spent it all. And so he called up his dad and--I want you to hear this--he called up his dad. And in their family, they’d been taught: do not ask for money. Right? You go out, you do it yourself. And so, reluctantly, he called up his dad, and he said, “Dad, I got a problem. I got my new wife, my bride, who is laying in bed all day, because she’s only eating one meal a day, because we don’t have money for groceries. And I have this pell grant money that’s coming in, and it’ll be here in 4-6 weeks. But I just need $3000, Dad will you borrow me $3000 until the pell grants come in? And then as soon as they do--I mean, the money’s coming--and as soon as they come in, I’ll pay you back that $3000.”

And he said “I remember my dad’s voice, firmly and distinctively saying: No. I will not borrow you the $3000, because if I do you will not exhaust every resource that you did not know you had.” And so his dad didn’t borrow him the money! Heartless, right? Where is this guy's heart? We talk about charity and Christian principles and beliefs. But here’s what happened. Because of that event, and because his dad said no, guess what he did? He went and exhausted every resource, and he went and did everything he possibly could figure out how to do to create resourcefulness to pay their bills, and to buy groceries, and he went on to be very successful. And he talks about that story now and basically he says, “I would not be the man I am, had my dad not had the foresight to know that I wasn’t gonna die, right? And if he did not give me that, that I would go out and exhaust every resource to figure it out. And I did.”

So what’s going on in your business? How many people are coming to you and you’re feeding them? So what we think we do--and if you guys have done this, okay I’m not beating you up, okay, but we need to get back on the right path. So if you’ve done this, it might look like this. Okay, somebody comes to you and you say, “You know what, I’m gonna buy their membership for them because they can’t afford it, because I want them and the points.” Guys, that’s selfish. You’re not changing their life, all you’re doing is, you’re trying to change yours.

So you buy their membership, and then you start giving them people. I hear this all the time: “Well I recruited this person and I lent them personal sponsors.” Guys, stop doing that. Okay? Stop it. You’re not helping them. Essentially what you’re doing is, you’re feeding the fish. I want you to think about that for a second. And what you think is, if I just give them that and I give them a little momentum, then they’ll go to work. It happens one percent of the time. But what ends up happening is it creates an entitlement mentality, where they just sit there, and they wait for the points to show up, and now that’s the leech in your business. They’re the ones that always complain, they’re the ones that really never do anything.

So don’t give your people away. Number one: you need your personals, okay? If you wanna rank up, you need your personals. Number two: you’re actually not helping. You’re hurting them, because it’s not making them exhaust every resource to go out and do it. Guys, what we teach is we teach self respect. We teach discipline. Okay? We teach personal responsibility. And by giving people personals, you’re negating all of those things. So now when you come to them and say, “Hey, you gotta get busy, gotta go to work,” they’re like, “What do you mean? I just sit here and people show up under my organization.”

Now what I’m not talking about is if you've got someone that you’re put on a three way call with, someone that is your personal relationship, and you help them do the work, and you introduce them to them, and they work with them, and they give the presentation, and that person rolls with them--totally good. Right? Totally fine with that because what you did is you taught them.

You taught them the principles and concepts of being successful, and you helped them do it. But it’s when you just recruit somebody and you stick them under somebody else and let them be their personal sponsor, it doesn’t build their business.

People need to be productive, that’s where they get their self value. Okay, how do you recognize somebody when they make their check, but you’re the one that did it for them? Okay, all the sudden they become an associate, but think about it: we recognize them on Monday night and what are they doing? They’re sitting back thinking, Well, I didn't really do anything, you know? My upline leader personally sponsored these people underneath me for me to make me an associate. Guys it’s self-defeating. But if they did it, that is a victory you can celebrate and that’s recognition that they earned and they’ll feel proud about it, and that will move them to want to do more, okay? So just think about that principle for a minute.

We’ll see you on the next video guys."