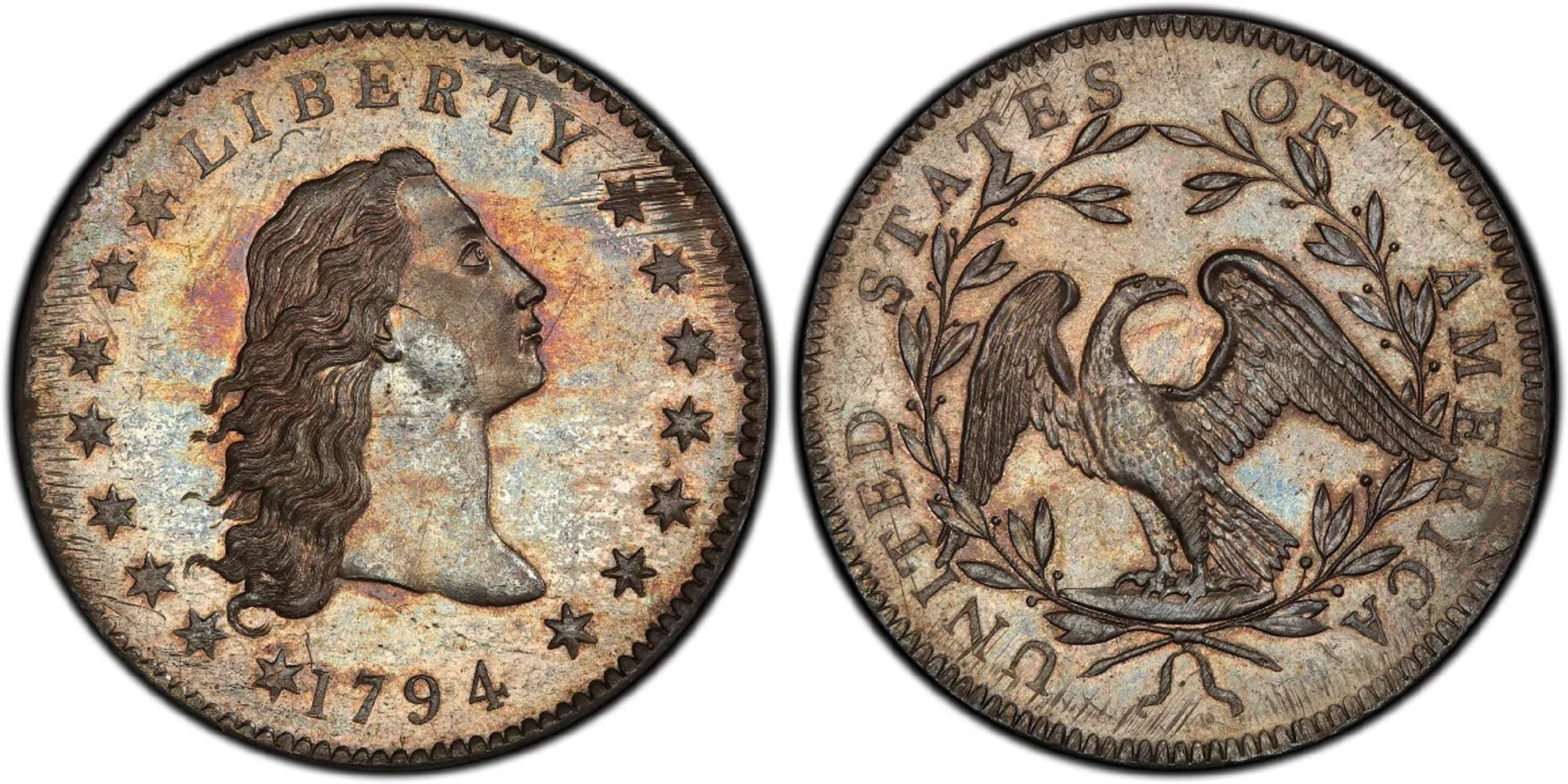 Pan in on Newport Beach, California, early 2010s. A young, strapping Miles Standish was presented with a very unique experience: to grade America’s first silver dollar. Standish recalls coming to the room where the treasure was kept and being handed the coin for the first time. “This truly is history in your hands,” he told the others present.

For a coin minted over 200 years ago, the 1794 silver dollar has held up against the years. With a grade of SP 66, it has the highest coin grade to date, and it’s recent purchase reflects the coin’s worth. January 27th, 2022 saw a sale between owners for $12 million, officially making it the second most expensive coin in the world. And this isn’t the first time this piece of history has broken records: it was the first coin to sell for over $10 million in 2013.

Standish revealed a striking story about the 1794 silver dollar. It’s said that Martha Washington donated silver from her own house to provide for the U.S. to make those first American dollars. Standish explained the source of the silver is unknown, though he surmises they may have come from a candlestick, or a brush.

Even though the original batch of silver coins came in 1,758 pieces, only some 140 are known to still exist, though this is the only one that has been professionally graded and recognized. It is now a part of GreatCollections, an auction house based in California that specializes in legitimate coins and banknotes.

Moral of the story? Keep an eye out for those old coins, sometimes they pay well. But even if they don’t, holding a coin minted from silver gifted by Martha Washington herself might be all the payment you need. These kinds of treasures are proof of our nation’s history, a reminder that others came before us to do the hard work of setting up and securing a nation’s freedom so that we can all reap the benefits.

(Is it just us or does that flowing hair and broad neck give you George Washington vibes?)