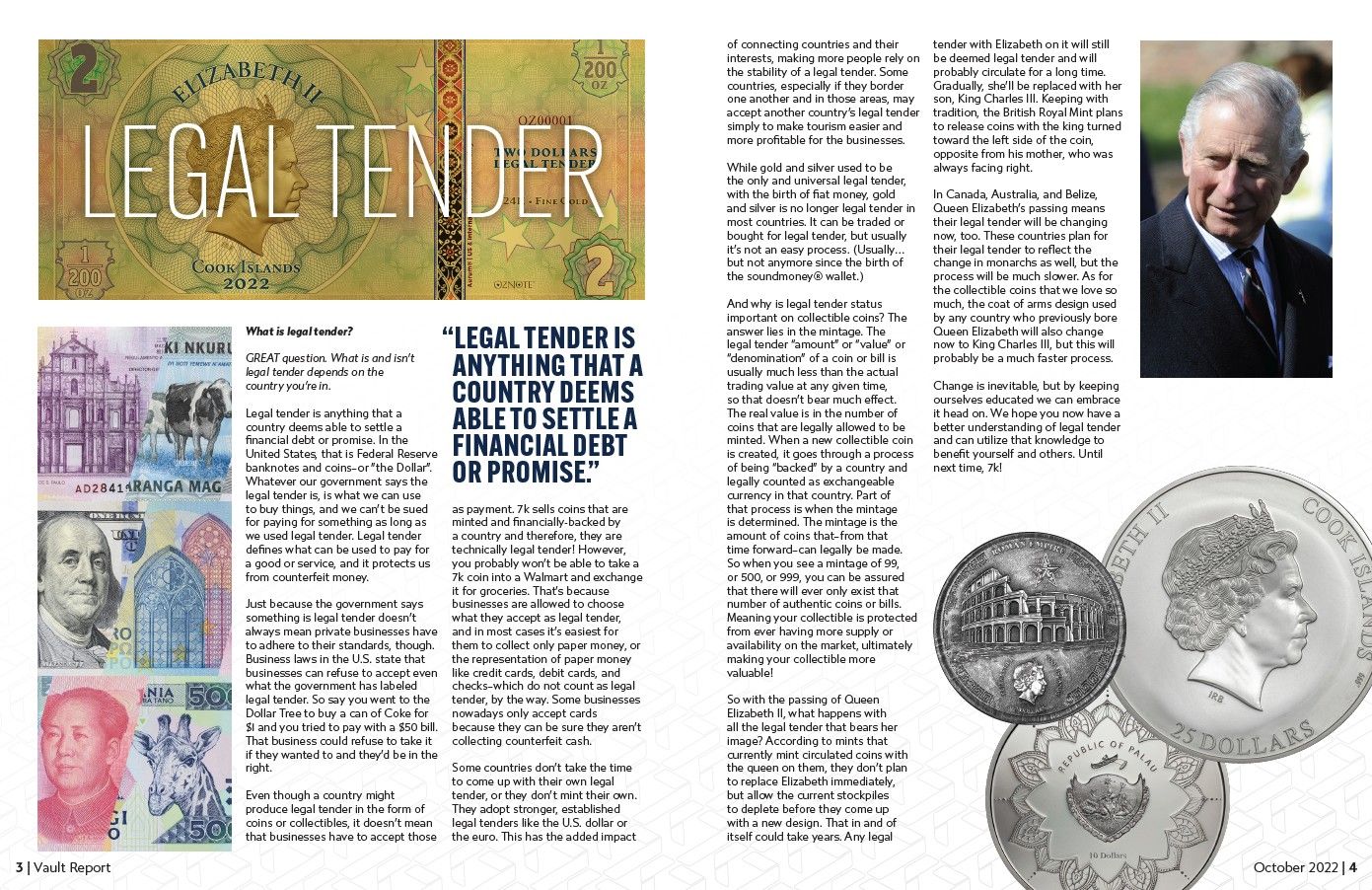 What is legal tender?

GREAT question. What does and doesn’t count as legal tender depends on the country you’re in.

Legal tender is anything that a country deems able to settle a financial debt or promise. In the United States, that is Federal Reserve banknotes and coins–or ”the Dollar”. Whatever our government says the legal tender is, is what we can use to buy things, and we can’t be sued for paying for something as long as we used legal tender. Legal tender defines what can be used to pay for a good or service, and it protects us from counterfeit money.

Just because the government says something is legal tender doesn’t always mean private businesses have to adhere to their standards, though. Business laws in the U.S. state that businesses can refuse to accept even what the government has labeled legal tender. So say you went to the Dollar Tree to buy a can of Coke for $1 and you tried to pay with a $50 bill. That business could refuse to take it if they wanted to and they’d be in the right.

Even though a country might produce legal tender in the form of coins or collectibles, it doesn’t mean that businesses have to accept those as payment. 7k sells coins that are minted and financially-backed by a country and therefore, they are technically legal tender! However, you probably won’t be able to take a 7k coin into a Walmart and exchange it for groceries. That’s because businesses are allowed to choose what they accept as legal tender, and in most cases it’s easiest for them to collect only paper money, or the representation of paper money like credit cards, debit cards, and checks–which do not count as legal tender, by the way. Some businesses nowadays only accept cards because they can be sure they aren’t collecting counterfeit cash.

Some countries don’t take the time to come up with their own legal tender, or they don’t mint their own. They adopt stronger, established legal tenders like the U.S. dollar or the euro. This has the added impact of connecting countries and their interests, making more people rely on the stability of a legal tender. Some countries, especially if they border on one another and in those areas, may accept another country’s legal tender simply to make tourism easier and more profitable for the businesses.

And why is legal tender status important on collectible coins? The answer lies in the mintage. The legal tender “amount” or “value” or “denomination” of a coin or bill is usually much less than the actual trading value at any given time, so that doesn’t bear much effect. The real value is in the number of coins that are legally allowed to be minted. When a new collectible coin is created, it goes through a process of being “backed” by a country and legally counted as exchangeable currency in that country. Part of that process is when the mintage is determined. The mintage is the amount of coins that–from that time forward–can legally be made. So when you see a mintage of 99, or 500, or 999, you can be assured that there will ever only exist that number of authentic coins or bills. Meaning your collectible is protected from ever having more supply or availability on the market, ultimately making your collectible more valuable!

So with the passing of Queen Elizabeth II, what happens with all the legal tender that bears her image? According to mints that currently mint circulated coins with the queen on them, they don’t plan to replace Elizabeth immediately, but allow the current stockpiles to deplete before they come up with a new design. That in and of itself could take years. Any legal tender with Elizabeth on it will still be deemed legal tender and will probably circulate for a long time. Gradually, she’ll be replaced with her grandson, King Charles III. Keeping with tradition, the British Royal Mint plans to release coins with the king turned toward the left side of the coin, opposite from his grandmother, who was always facing right.

In Canada, Australia, and Belize, Queen Elizabeth’s passing means their legal tender will be changing now, too. These countries plan for their legal tender to reflect the change in monarchs as well, but the process will be much slower. As for the collectible coins that we love so much, the coat of arms design used by any country who previously bore Queen Elizabeth will also change now to King Charles III, but this will probably be a much faster process.

Change is inevitable, but by keeping ourselves educated we can embrace it head on. We hope you now have a better understanding of legal tender and can utilize that knowledge to benefit yourself and others. Until next time, 7k! 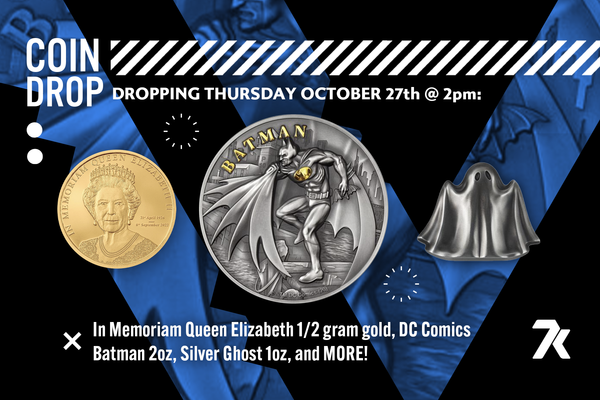 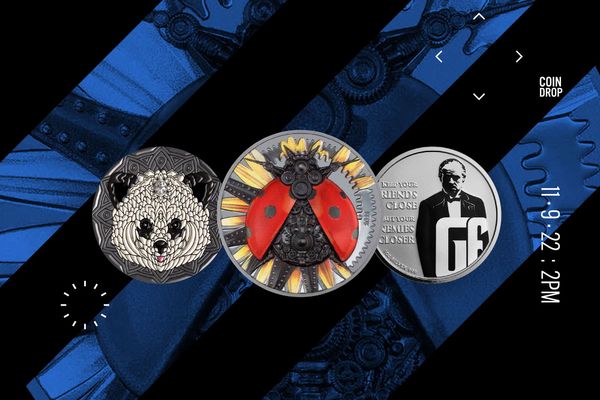 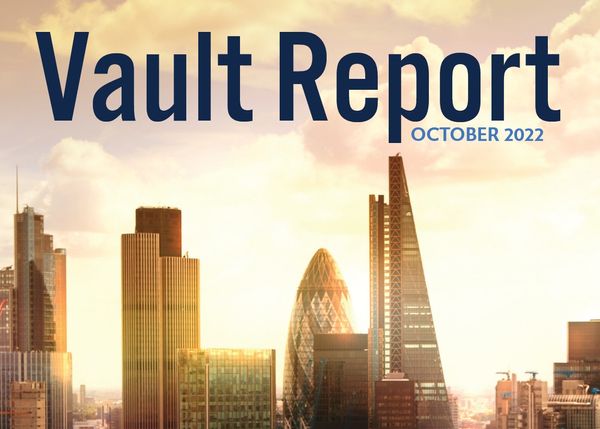