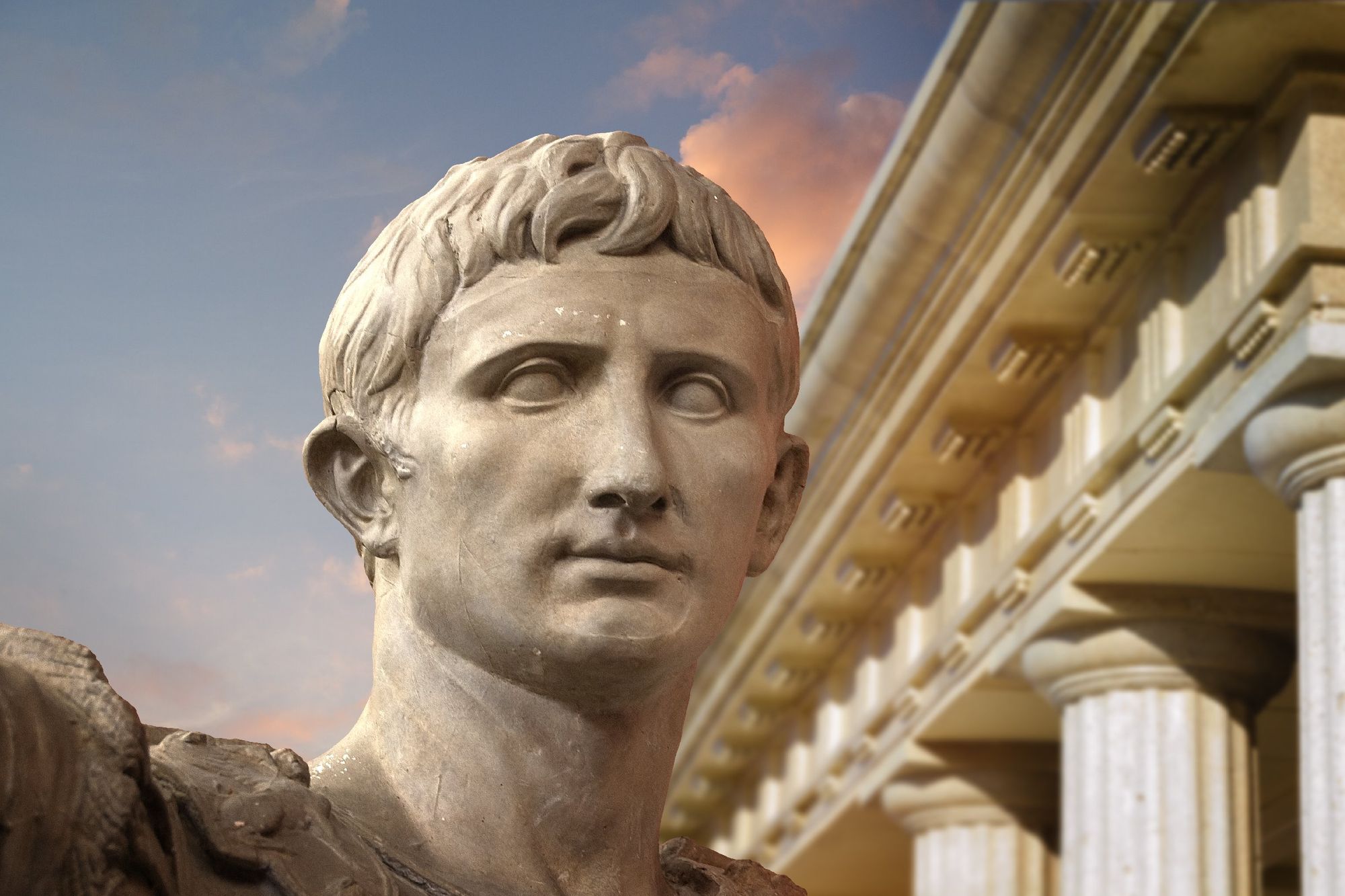 As a man of 30 years, it’s been said that, while traveling in what we now know as modern day Spain, Julius Caesar stumbled upon a bust of Alexander the Great. The wheels in his head began turning when he thought about all the many great accomplishments the other ruler had achieved in his short 32 year life span. Luckily for him, Caesar had much more time, but still, the spirit of competition and inspiration began to rise in him. Right then and there, Julius Caesar decided that the world would know his name. And we do.

There’s so much information on Gaius Julius Caesar available today: stories, fun facts, historical articles, even movies and plays. It would be an understatement to say that he met his goal, he nailed it.

He nailed it so hard, in fact, that, apart from his successor and son, Augustus Octavius, he is the only known Roman leader to name an entire month of the year for himself, and have it stick: July (and he can pretty much take credit for August too, because, well, he made Augustus a big deal by association.) Imagine that, all the others are named for Roman gods and holidays.

Beyond that, the terms “Czar” and “Kaiser” are also historically linked to Julius Caesar’s legacy. Since he and his posterity ruled Rome for generations, the name “Caesar”, ultimately came to mean “ruler”. Cross that with language barriers and accents and you get some weird, hard to say alternatives, but contributions to Caesar’s inheritance nonetheless.

Of course, in the modern day, the name Caesar has become even more popular than those little-known fun facts. Little Caesars Pizza, Caesar salad, and Cesarean sections are all terms that come to mind, none of which have any scientific backing to prove they originated from THE Julius Caesar, but hey, how popular could that last name be in the 20-21st centuries anyway?

Look, we get it, these Roman guys were a little rough around the edges, but nowadays we have to remember that they lived in much different times than you and I, and as far as Roman leaders went, you could do a lot worse than Julius Caesar.

Yes, he was a massive dictator and he did his best to spread the Roman Empire far and wide. However, did you know that he gave citizenship to many of the peoples that he conquered along the way? And that meant they enjoyed the protection and benefits that a Roman citizen would. Protection meant a lot back then, when you had miscreants like Pompey the Great and Brutus Albinius running around. (Fun fact: these men were once considered Caesar’s friends, but both stabbed him in the back. Or in the chest. Brutus, we’re looking at you.)

Furthermore, Julius Caesar implemented many different reforms to help the lower and middle classes of his people survive in the big, bad world. He made sure their Senate was a size that could accurately represent the constantly growing population of his people. He was adamant about taking care of his veterans, most of which had seen more war than most of us could imagine, at his own command of course. He also balanced the selling of subsidized grain for his people. To sum it up, Julius Caesar did more for his people than most American presidents have been able to do since pretty much the Founders. Of course, freedom and liberty weren’t really options and if there was any red tape or roadblocks in the way he swiftly sawed them in half, but you get the gist.

What we find really intriguing about Julius Caesar is that he didn’t come from any line of royalty, or even an influential family name. He was a pretty average Joe in the beginning of his life. Only through ceaseless struggle and perseverance was he able to fight his way into leadership, but once he did, he soared. He put in the hours to build his kingdom, but he didn’t steamroll his people doing it. In fact, Julius Caesar was adored by the Romans. They saw him for who he was: a defender of the people. They saw his reforms, his excellent military tactics, and his respect for the common folk, and they met him with love, admiration, and uproarious applause.

Upon his assassination, Caesar’s body was laid in the Roman Forum, a building structured in the center of the capital for important historical events, and burned to ashes. Even these thousands of years later, if you visit Rome you can see his cremation site, which is often said to be covered by flowers for their ancient fallen father. Talk about a legacy.

Julius Caesar wore a lot of titles--formal and informal--throughout his life, from emperor to father, from leader to martyr. Whether or not you applaud all of them is your prerogative. In creating this coin, we here at 7k Metals like to draw the focus to this: his long-lasting legacy. In the moment that that baby-faced, thirty-something-year old man gazed on the bust of a leader he admired, Julius made an oath to himself that the world would know his name. His actions thoroughly proved he never forgot that promise. He had gone out to create a legacy, and did he ever.

As the man himself once said...

The First Commemorative Coin in our Roman Empire Series

Our 2021 Roman Empire Julius Caesar 1oz Silver Coin was issued as the first of a collection of 12 Roman Empire coins released exclusively through 7k Metals. This coin face is a replica of the coin Julius Caesar issued himself in 44 B.C.

Roman coins had never before had an image of their ruler. Their coins usually showed their gods. Now Caesar’s image was on a coin. This act alone helped elevate Caesar to the status of a Roman god. He paved the way for the Roman Empire. The idea of Caesar worship likely began with this coin.