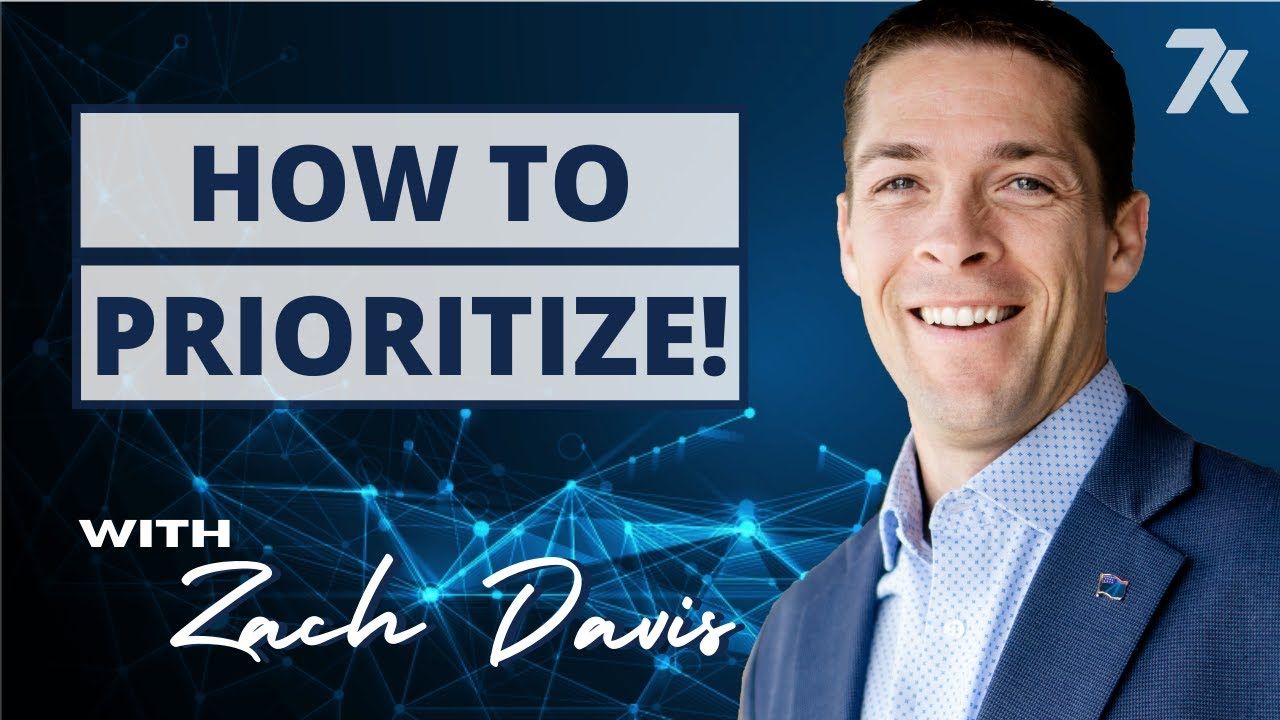 "Alright guys, it is time to talk about time.

How many successful people do you know that just seem like they get a ton of stuff done? And we’re over here saying, “Yeah, I don’t have time for that, there’s not enough time, not enough time in the day.” You know, everybody’s got the same 365 days, the same 24 hours in a day. How do those individuals get so much more done than what you seemingly get done?

Because everybody has the same amount of time, it’s just simply what they give priority to. Look, your money’s the same way. I'm gonna give you a phrase that I want you to start using every time that you catch yourself saying, “I don’t have enough time for that.”

Think about this for a second: One of your children comes to you and says “Dad, will you help me with my homework?” On how many occasions have we might have said, “Sweetie, I don't have enough time.” But, if you change that phrase all of the sudden to say, “You know what? Sweetie, that’s not a priority to me.” All of a sudden that gives you a little gut check on what maybe should be a priority to you. I challenge you to start trying to do this, and I hope that it’ll help you identify the things in your life that are the most important, the things that absolutely have to get done for you to become successful and build the relationships that you want.

Think about that when you’re building your team. If someone says, “Hey, can you do a three-way call with me?” and you reply, “You know what, that’s not a priority to me.” What message does that send? Not only to your subconscious mind but also to the individual that’s wanting to do that three-way call? Your money’s the same way. Do you want to buy investments? “Yeah but I don’t have enough money for that.” Hmm. How about, “That’s not a priority to me…” Why? Maybe because you stopped this morning when you got gas and you picked up a big gulp and a candy bar. Okay, so those things were a priority to you, because that’s where you put your money. If only you’ll put your time and your money into the things that are a priority in your life.

If you really want to know what’s a priority and what should be a priority, just start using that phrase: that’s not a priority to me.

Alright guys, try it and see what happens. See ya."