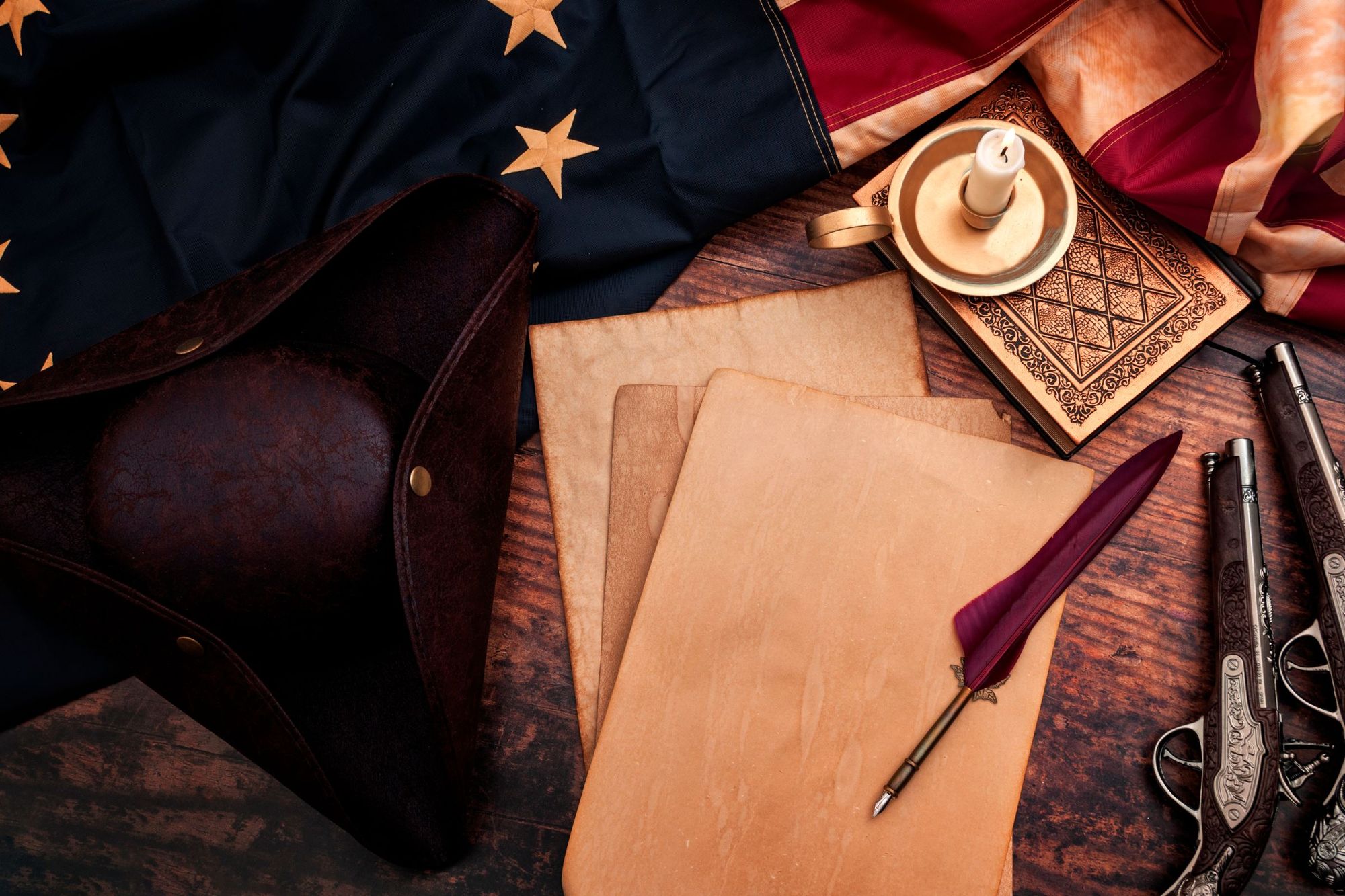 We all know the story: Betsy Ross helped to design and ultimately made the first American flag. What not everybody knows is what role George Washington played in the matter.

See, in 1775 it was pretty much apparent to everyone that the British and the colonies were at war. It made sense to show support for your side by flying a flag. The problem was the first American flag, the Union Flag, created in June of 1775 had the Union Jack in the top left corner, which was the British emblem. Obviously it wasn’t going to fly to have your flag representing freedom being mistaken for the flag of the country you were trying to get that freedom from. 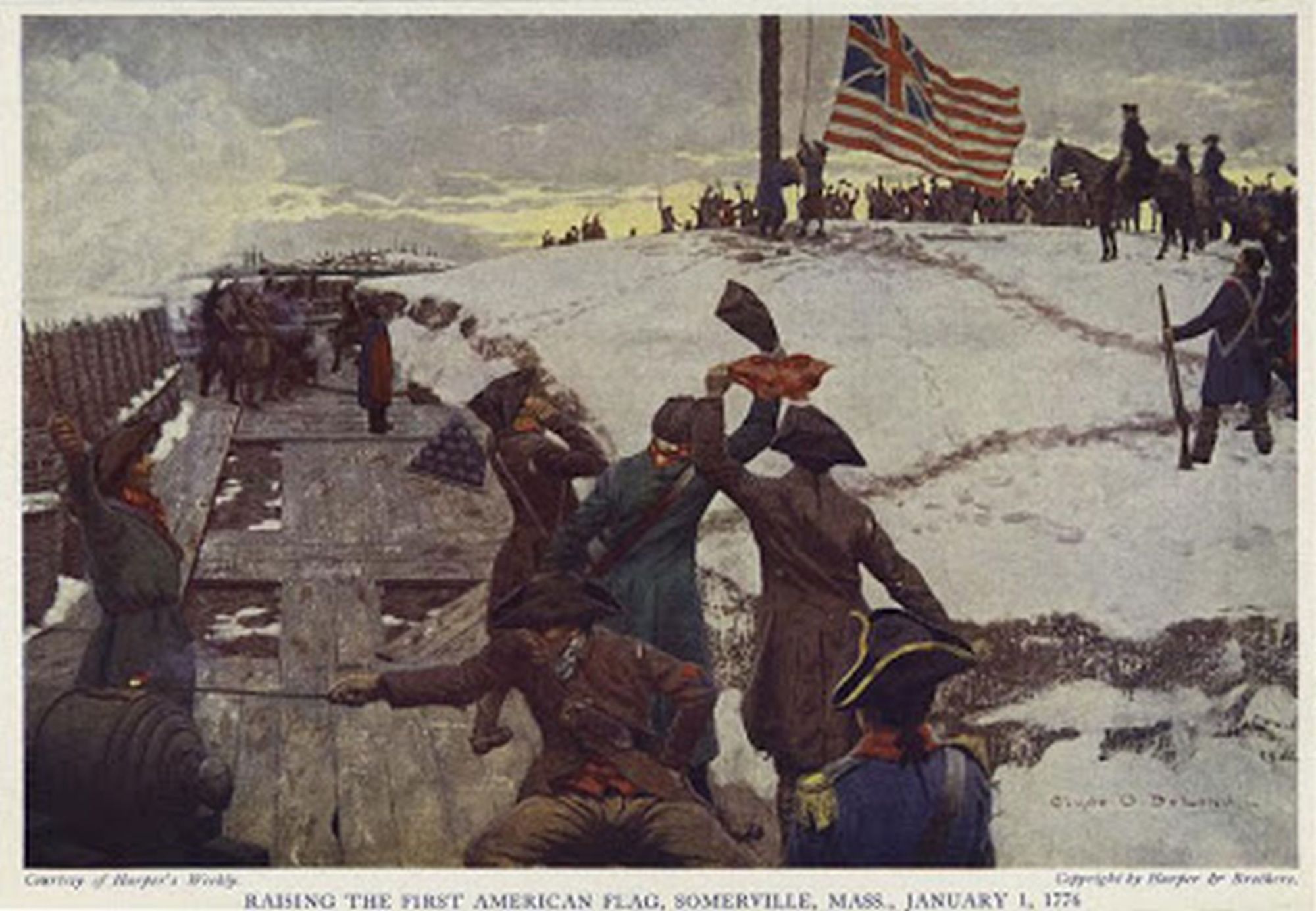 Ironically enough, it was that mistake that caused a funny misinterpretation on New Year’s Day in 1776. Loyalists to King George were all up in everybody’s business about a speech that the British king had made, offering peaceful promises for the colonists’ surrender. General George Washington and his troops were in Boston, pushing out the British who had taken the city. George had the Union Flag flown at his camp to show off the new flag. The Loyalists took one look at the Union Jack and thought that their preaching had succeeded in guaranteeing the colonist surrender. It wasn’t until after the Boston skirmish that Washington even learned about King George’s speech and he was quoted remarking in a letter three days later, “By this time, I presume, they begin to think it strange we have not made a formal surrender of our lines.”

They may not have, but we sure appreciate George’s dry sense of humor.

That experience alone made it pretty clear that a new flag design was in order. This is where historians have a hard time agreeing. See, that story about Betsy Ross designing Old Glory? It was never really corroborated. It only came out that she was the creator after her death in 1836 when her grandson William Canby made it public information in 1870. He and other members of her family have all sworn to have heard her stories of the creation of the flag firsthand, and most of the evidence seems to point that way. Now, we’re not saying we’re experts, and maybe the truth has been lost to time, but all we can do is tell the story the way we know and love it. 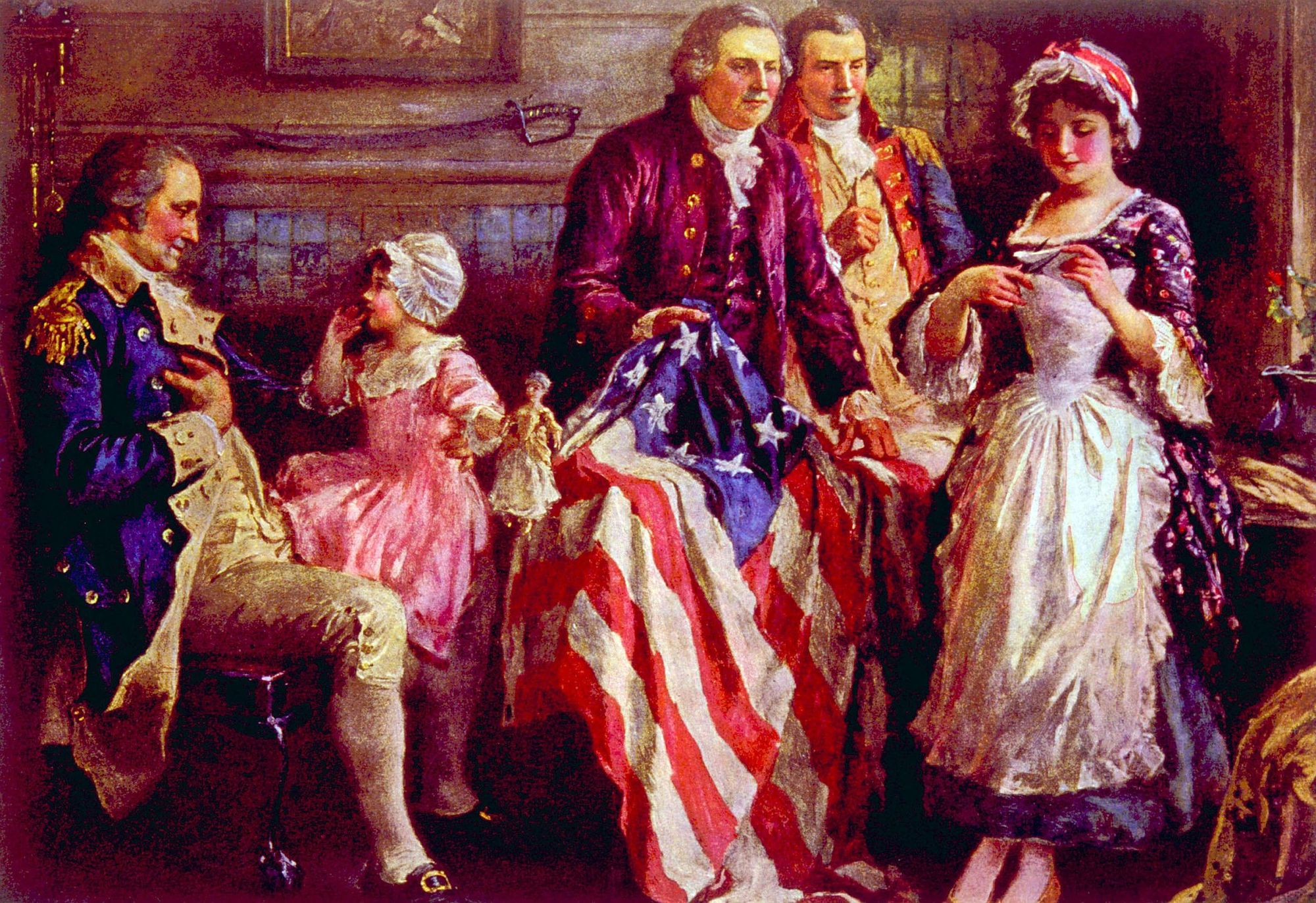 The beginning of a war is a terrifying time, sometimes especially for those who aren’t on the front lines. You never know what’s really happening until long after it’s happened. For a mother of eight and the widow of a military husband, Betsy Ross had everything to lose by aligning herself with the likes of General and Commander of the Continental Army, George Washington, Colonel George Ross, and the financial backing of the Revolutionary War himself, Robert Morris. If Loyalists had even suspected that Betsy was fraternizing with men like that, well…it wouldn’t have been pretty. It’s no wonder in our minds that it wasn’t a heavily discussed topic before the war ended.

Betsy fortunately had ties to both George Washington and George Ross on a personal level that could have helped her explain a meeting with the men. Her late husband, who’d helped her start her small business as an upholsterer, had been George Ross’s nephew. Washington and his wife Martha sat in the church pew next to hers. She was a friend of theirs and they would stop by her shop often to buy or just to say hello.

Nevertheless, Betsy courageously met with those men for a much different reason in the small, self-run upholstery shop in the early summer of 1776. According to her accounts told by her children and grandchildren, she was shown the design of thirteen stars and stripes that General Washington brought her. After famously whipping out and impressing them all with a 5 pointed star in one snip instead of the 6 pointed star that had been suggested, she got to work on the brand new United Colonies Flag. Her design was approved by Congress and her creation was accepted as the national flag on June 14th, 1777.

So, sure, nobody knows for sure who was the real person to thank for our symbol of freedom, but Betsy’s story has that romantic, American flair in her favor. And really, what’s more iconically American than a veteran widow painstakingly stitching a red, white, and blue flag in her humble, self-made shop? Possibly only the fact that it was George Washington who brought her the task. Thanks to the courage, belief, and constitution of people like Betsy and George, Old Glory has been flying high for the past 245 years.