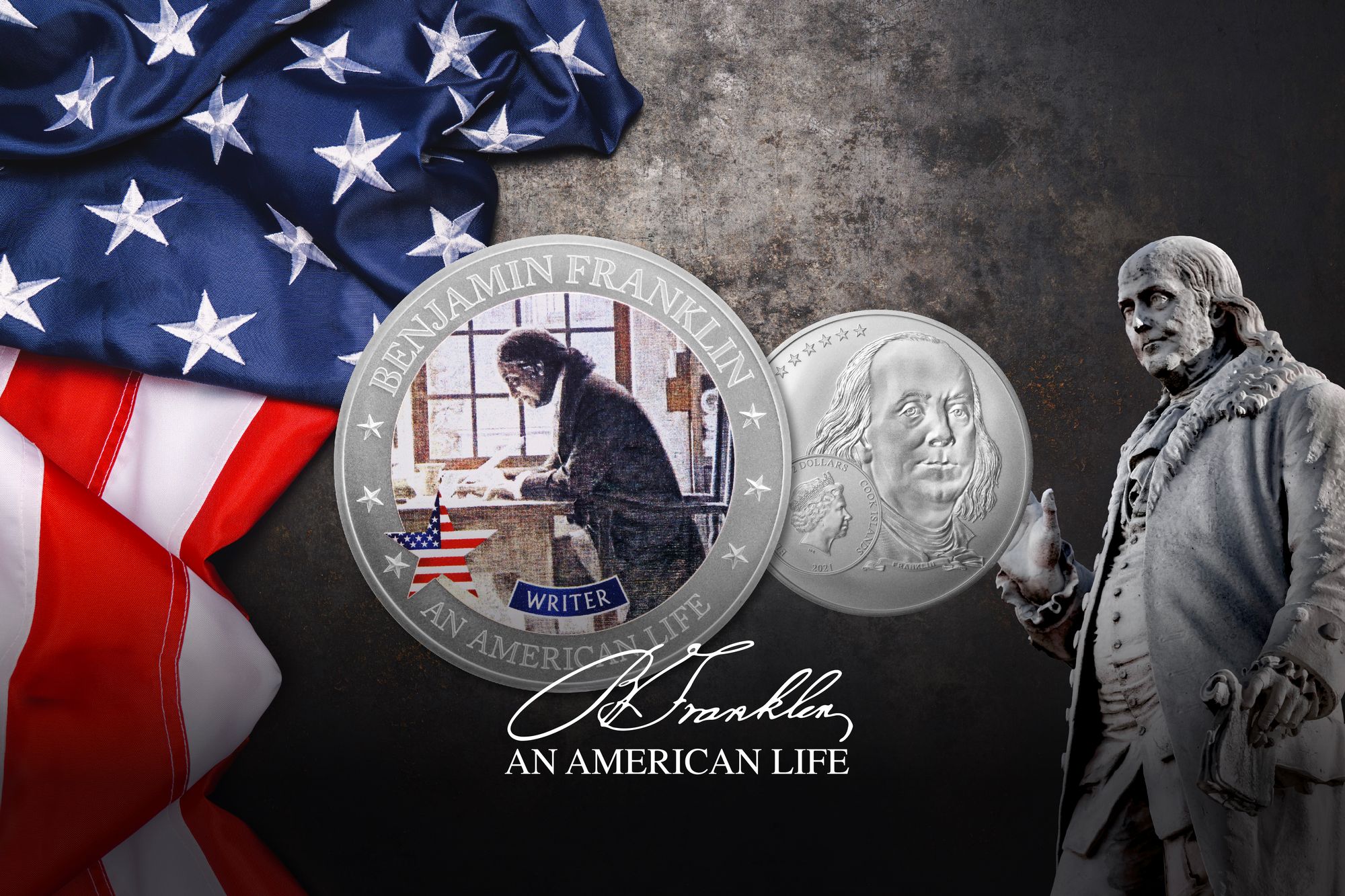 Self-made. Sounds sexy, doesn't it? Many people don't know that Ben Franklin was a self-made man. Did you?

Sure, you know him for flying a kite and finding lighting, maybe bifocals, and for sure as a Founding Father, BUT did you also know that he retired at the age of 42?

Ole' Ben ended up being a man of many talents and interests, including publishing, science, and politics (ladies-man could be included, but we will let that one hang).

"Jack of all trades, master of none" comes to mind when seeing all the things he was into, but it turns out he was actually really good at most of them. However, one talent set him apart from all the rest and laid the foundation for everything he ever tried to do--WRITING!

In fact, before becoming known as an outspoken framer of the Constitution, writing is actually what made him most famous and also what set him up to retire early.

He took an early interest in reading, saying that he doesn't remember a time in his life when he couldn't read, and would read everything he could get his grubby little hands on as a boy. Ok, grubby little hands probably sounds disrespectful cause this is $100 bill Ben we're talking about, but c'mon, he was probably just like every other curious pre-teen boy in the world... grubby. But we digress...

He went to work early for his brother James, a printer, which got him interested in producing some of the materials he was working on every day. It was then that he saw a window to start jumping into some of the local fun that other writers were having. James would print letters to the editor section in his self-published newspaper called the Courant, where local writers would send in entertaining pieces under anonymous pen names poking fun at the local morals and manners.

His mean brother James (ok, we don't know if he was actually mean) wouldn't let him write anything in the paper. So 12-year-old Ben came up with the pen name "Silence Dogood" and started writing. He lasted about 12 articles until James found out and was obviously not happy. James and Ben probably brawled it out Wrestlemania-style in the print shop before Ben decided he could go it alone.

After a long hero-style journey trying to figure out how to get some traction in life, ie... going from city to city, a couple year forced hiatus in London after running out of money and getting stuck there after a failed business venture, and many other frustrating failures; he eventually found someone to believe in him enough to fund a new venture called The Pennsylvania Gazette.

It wasn't instant success like everyone hopes for, but Ben was able at least to have something of his own to sink his teeth into. Owning the newspaper/print shop then meant that Ben could finally freely employ his love for writing. So instead of just writing and publishing under Benjamin Franklin, he kept the pen name of Silence Dogwood and added several more such as Harry Meanwell, Alice Addertongue, Timothy Turnstone, Busy Body, Anthony Afterwit, Polly Baker, Causist, J.T., and, the most famous, Richard Saunders or Poor Richard.

So success was coming in for $100 Bill Ben with the Gazette, and most people would have stopped growing the business and sat back enjoying the fruits. But Ben kept asking himself what's next.

Check it:
• God helps them that help themselves.
• Early to bed, early to rise, makes a man healthy, wealthy, and wise.
• Well done is better than well said.
• Haste makes waste.
• A penny saved is twopence dear. (A penny saved is a penny earned.)
• Dost thou love life? Then do not squander time, for that is the stuff life is made of.
• How many observe Christ's birthday! How few, his Precepts! O! 'tis easier to keep Holidays than Commandments.
• Lost time is never found again.
• To err is human, to repent divine, to persist devilish.
• Beware of little expenses; a small leak will sink a great ship.
• Diligence is the mother of good luck.
• Half the Truth is often a great Lie.
• Fish & visitors stink in 3 days.
• The poor have little, beggars none, the rich too much, enough not one.
• The proof of gold is fire, the proof of woman, gold; the proof of man, a woman.
• He that lies down with Dogs, shall rise up with fleas.
• Three may keep a Secret, if two of them are dead.
• Don't throw stones at your neighbours, if your own windows are glass.
• A true Friend is the best Possession.

Right? And you thought some of those came from the Bible...

Here's our take--if Ben were alive today, he probably would have been the guy leading the charge on social media as a world-famous influencer...

He'd be the guy that everyone would want to hang with and, heck, he probably would have been responsible for creating hashtags--maybe even the internet!

The influence he had in the colonies in his day, and eventually, the world literally changed the course of world history. There are many traits or skills that could be attributed to his influence in his day, but none stand out greater than his ability to put his extraordinary mind on paper with clear, concise, and bold written words. That was the basis for his ultimate wealth, the basis for many societal changes in the colonies, and a big contributor to the birth of the U.S. of A.

The world around us today is literally shaped in large part due to the pen of Mr. Ben himself.

Writing was his love and paved the way for all of his other successes. We can all easily look around today and find something that stemmed from the incredible life of Ben Franklin, and especially from Ben Franklin--The Writer.