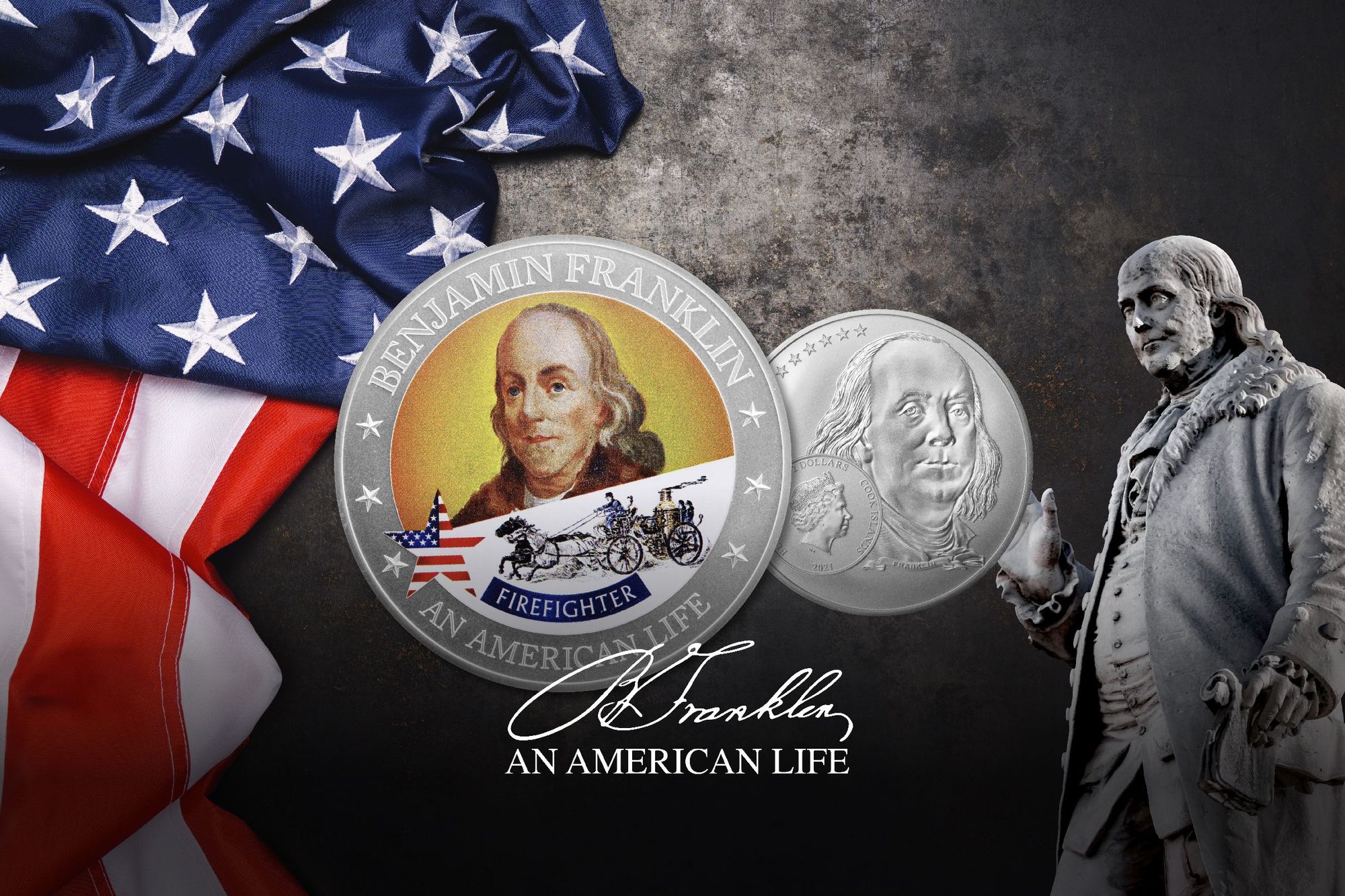 We don’t know about you, but Firefighter isn’t typically the first word we think of when talking about Ben Franklin. Scientist? Yes. Founding Father? Of course. Writer? Sure. Regardless, we think Benjamin Franklin the Firefighter is as important a title as any of these because it really goes to show the kind of man that he was. The kind who wasn’t afraid to get his hands a little sooty in service of his fellow man.

In 1736, after a visit to his hometown of Boston Massachusetts, Ben couldn’t help but notice that the safety precautions to keep fire from spreading seemed to be pretty elite in comparison to his adopted home in Philadelphia. Back then the infrastructure of a city was basically a maze of wooden buildings and houses sandwiched together in a tantalizing fashion: a bonfire’s daydream. Ben saw this and, putting to use some of that good old Ben Franklin cunning, published his findings in his own Philadelphia Gazette. He turned up the heat - no pun intended - and was soon able to round up some 30 of his friends and fellow business owners to co-found the Union Fire Company.

The Union Fire Company was a non profit organization; it was run completely by volunteers. What made it attractive to these business owners is that it was essentially a pinky swear to always have each other’s backs if a fire broke out on or close to one of their properties. Not only were they promising to help extinguish the flames and save homes, but each member was required to keep a heavy duty bag in which to smuggle out any possessions they could salvage as well. The Union Fire Company quickly became the biggest fire relief company in the Colonies, or United States, as they later became.

However, it wasn’t just the big red engine, 250 water buckets, 180 foot rope, and 13 ladders that the Union Fire Company gathered that really impressed. It’s the fact that these men, headed by Benjamin Franklin, didn’t just swear to protect themselves and their members from fire. They extended their services to wherever, whoever, and whenever, to regular people like you or me. People who didn’t have the means to fight their own fires were protected by the men of the Union Fire Company, the first real firefighters of America. Even today, the Philadelphia Fire Department continues to tip their hats to Franklin’s brilliance.

Let’s not forget, Benjamin Franklin was a businessman. In a brilliant move, he began an insurance business, called the Philadelphia Contributionship for the Insurance of Houses from Loss of Fire. Quite the mouthful, but it was a slam dunk. This business offered 7 year policies to cover damage costs, especially to other businesses. Impressively enough, his contribution has lasted all these long years and the Philadelphia Contributionship holds the title of the “the nation’s oldest successful property insurance company.”

Not only did Benjamin Franklin found the first real successful firefighting company in the United States, but he himself participated. He was out there with all the other brave men, climbing ladders and hoisting buckets. It just goes to show you what a leader, entrepreneur, and genuine man Ben really was. That’s why we at 7k created this coin, Benjamin Franklin - Firefighter, to commemorate him and all the brave firefighters that have followed. Join us in thanking them for their courageous service.