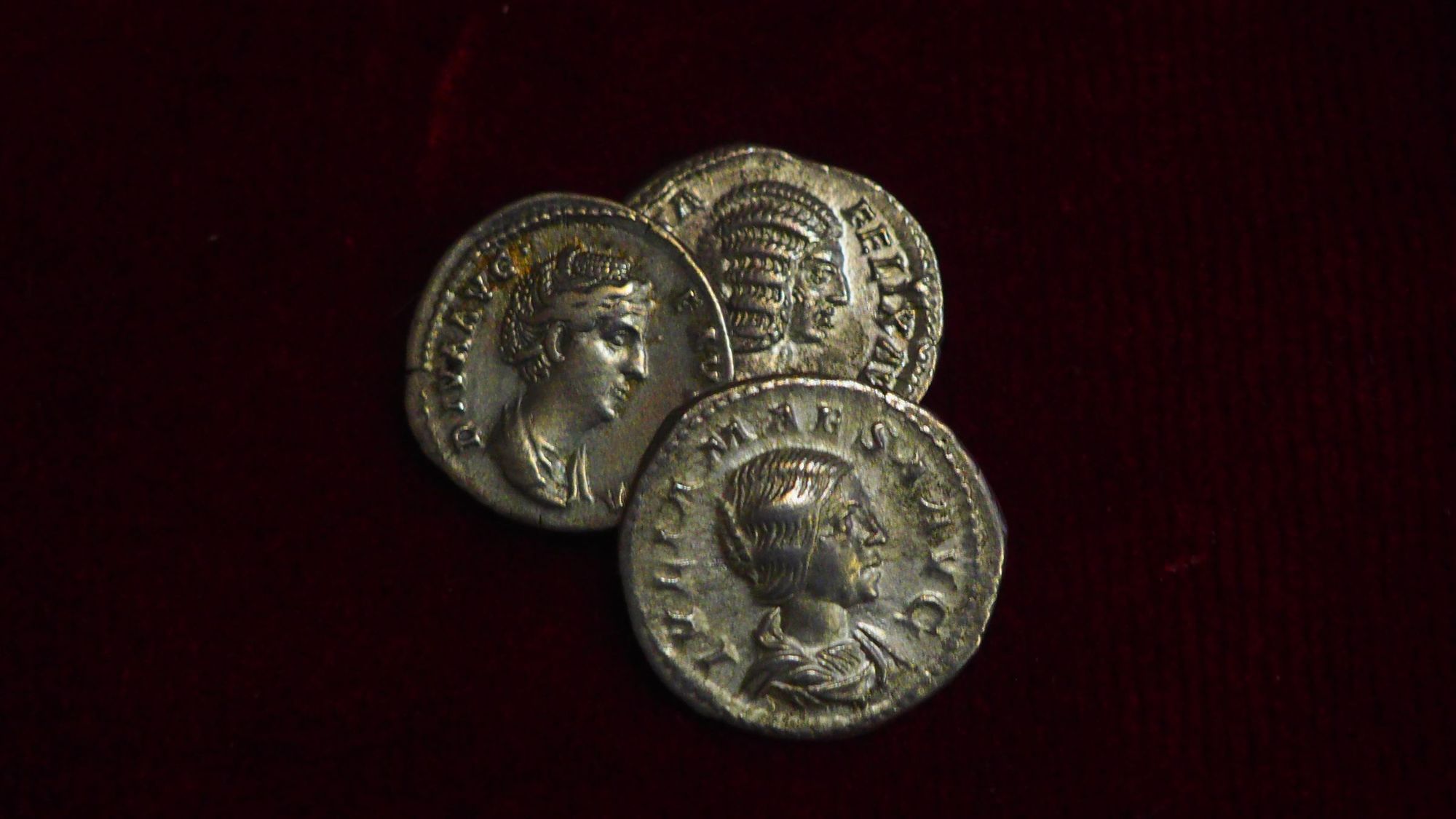 You’ve seen our Roman Coin collection, right? The faces of ancient Roman emperors printed on silver replications of golden denarii? Well, it turns out that recently more than a few of the actual, real, thousands-of-years-old-buried-by-some-crazed-Roman-for-whatever-reason denariis have been unearthed! Not only have they been found very near if not exactly where the Roman Empire existed, but most of the hundreds of coins found are in near mint condition! 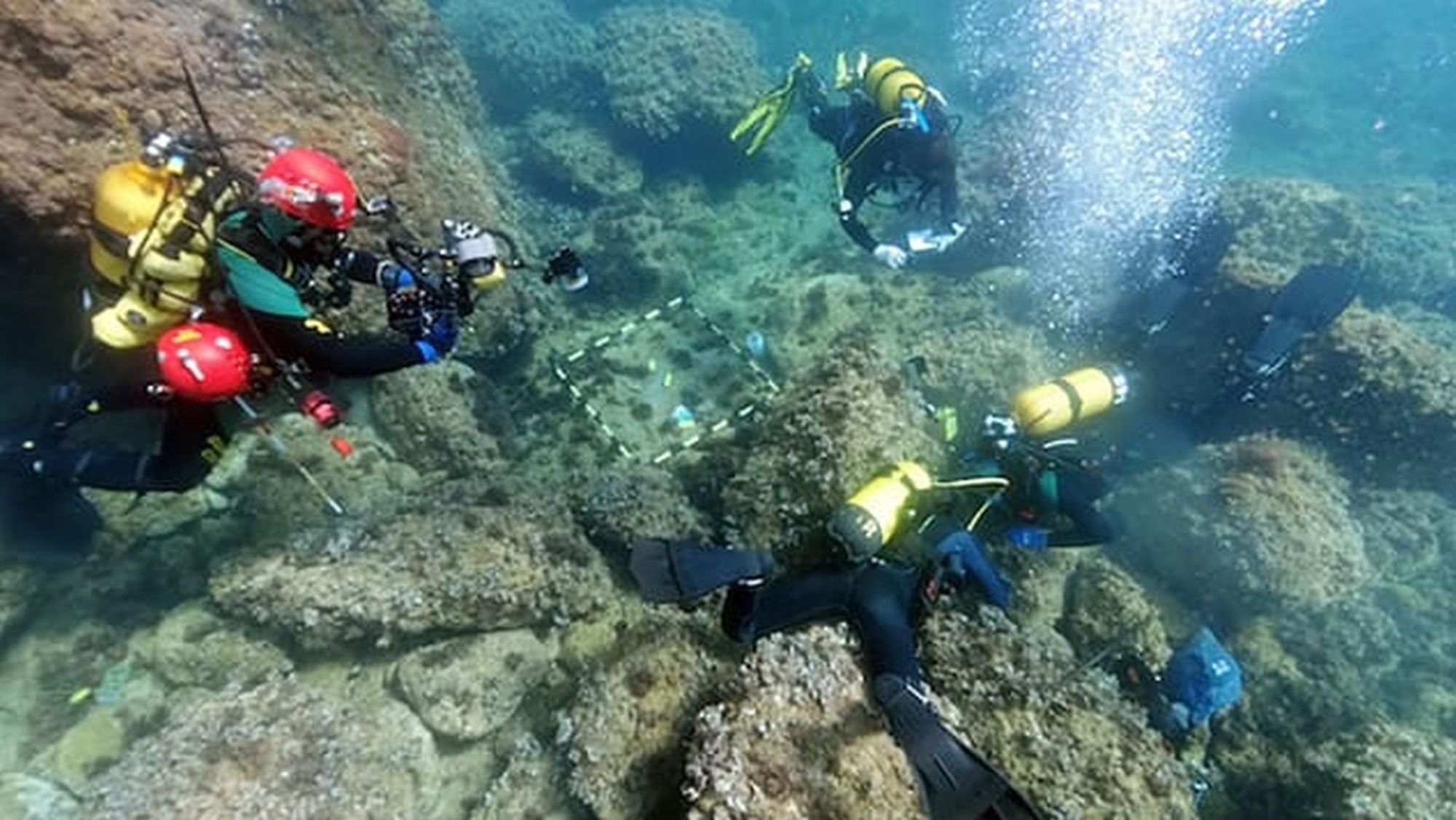 In August of 2021, just off of the coast of Spain two divers spotted a glitter of gold. 8 gold coins later, they realized just how cool their discovery was. The divers, Luis Lens and César Gimeno were no experts but they brought the gold coins to a team of archaeologists and soon, no less than 45 more gold coins were uncovered!

The coins were studied at the University of Alicante and the experts there said that the coins dated back to the late 4th century or early 5th. Which means those coins are somewhere around 1,500 years old! We would expect that the ocean water would have wiped the coins clean over those thousand and a half years, but a professor at the University of Alicante, Jaime Molina Vidal was quoted saying, “It’s like they were made yesterday.”

The coins inscriptions were perfectly readable and the professionals at the university were able to transcribe them. True to Roman culture, the coins also depicted Roman emperors of the time: Valentinian I, Valentinian II, Theodosius I, Arcadius, and Honorius. Out of the 53 reported gold coins so far, only one wasn’t able to be recognized since the picture was scratched off. Apparently whoever lost the coins originally had a vendetta. The researchers seem to think they originally belonged to some well-off Roman landowner who saw the invading Alans and Vandals at the time and stored his fortune somewhere they couldn’t find. If that was the case, apparently it worked! If only he could see now what a fuss he’d stirred up with his buried treasure!

The team of divers who have taken over the investigation of the area where the coins were found have been given government funds to continue searching. In the meantime, the discovered coins are going to be cleaned up and then put on display at the Soler Blasco Archaeological and Ethnographic Museum. So if you’re planning a trip to Xàbia, Spain anytime soon, remember to swing by and see the original Roman coins in all their glory! 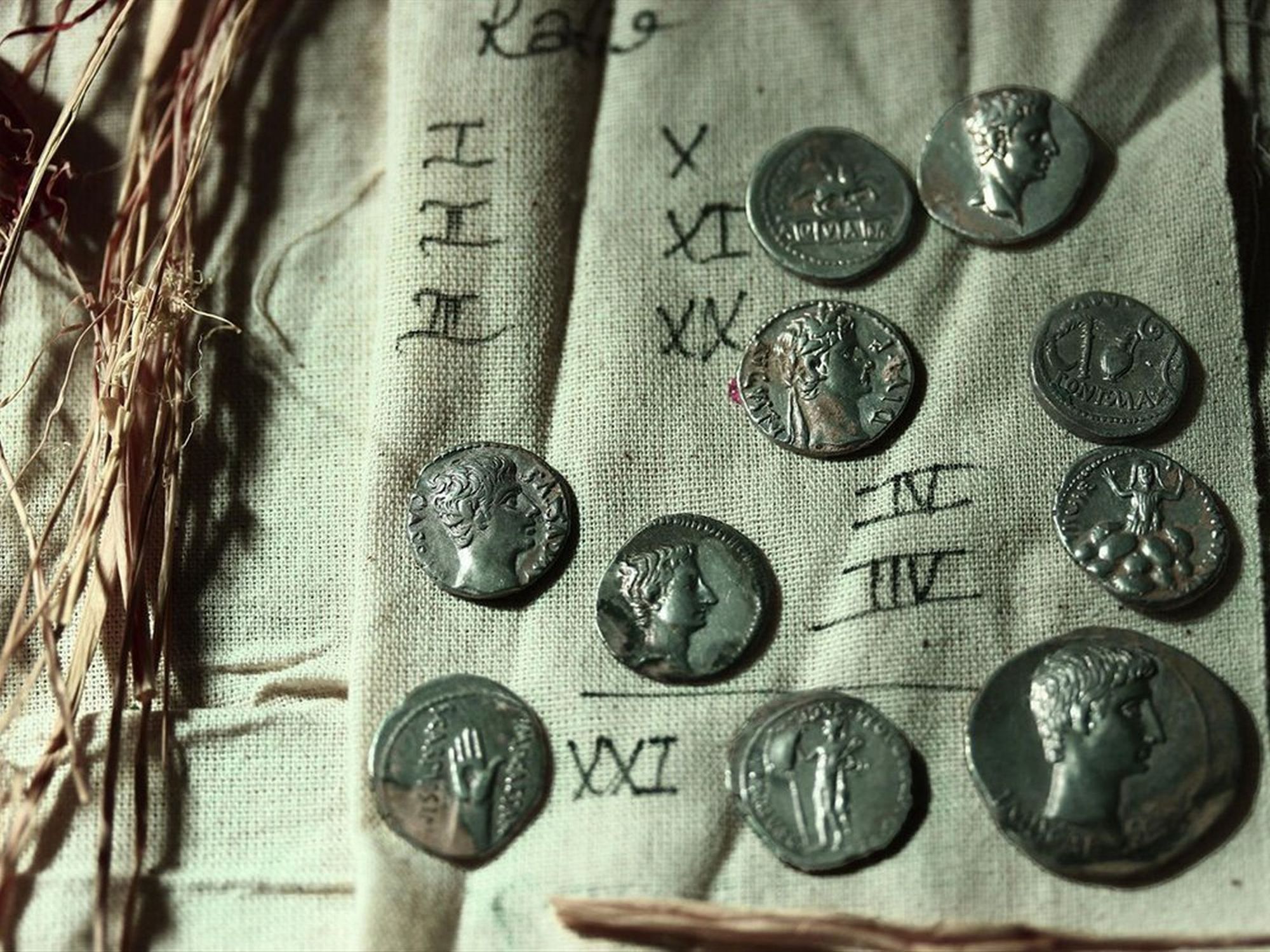 The Ancient Roman coin discoveries of today don’t stop in Spain! In 2019, there was an old Roman jug uncovered on a dig in a city called Aizanoi in Turkey. Because of the Covid-19 pandemic, the contents weren’t able to be studied until 2021. If the jug wasn’t impressive enough, its contents are. Inside, there were over 600 silver Roman coins! 439 of these were original silver denarii, and 212 were even rarer silver coins called cistophori, which are believed to be from a kingdom that Rome conquered in Asia Minor, called Pergamum.

The experts from Pamukkale University that made the find have dated the coins back to the very first Augustus, son of Julius Caesar himself, Octavius. Since Augustus ruled from 27 BC to 14 AD, that puts the age of the coins at somewhere around 2,050 years old. Talk about a relic! And some of the coins date even further back than that.

Just like in Spain, the coins are in great condition. They depict the faces of some of the most famous Romans in history: Julius Caesar, Augustus, Mark Antony, Brutus, and more. Whoever left the fortune behind seemed to have a thing for coin collecting. The best guess of the researchers at Pamukkale University is that they belonged to a high up Roman military man.

The coins themselves have been put on display at the Museum of Anatolian Civilizations in Turkey.

Now that you’re updated on the most recent Roman coin finds, you can hug your own 7k Roman denariis a little tighter. We’re seeing a legacy that has left remnants for thousands of years! While yours may not genuine, Roman-made, they’re as close as you can get…without planning on a heist on a museum in Europe, of course. (Don’t do that, we won’t bail you out.) And if you haven’t already, go check out our collection and read about some of these emperors!