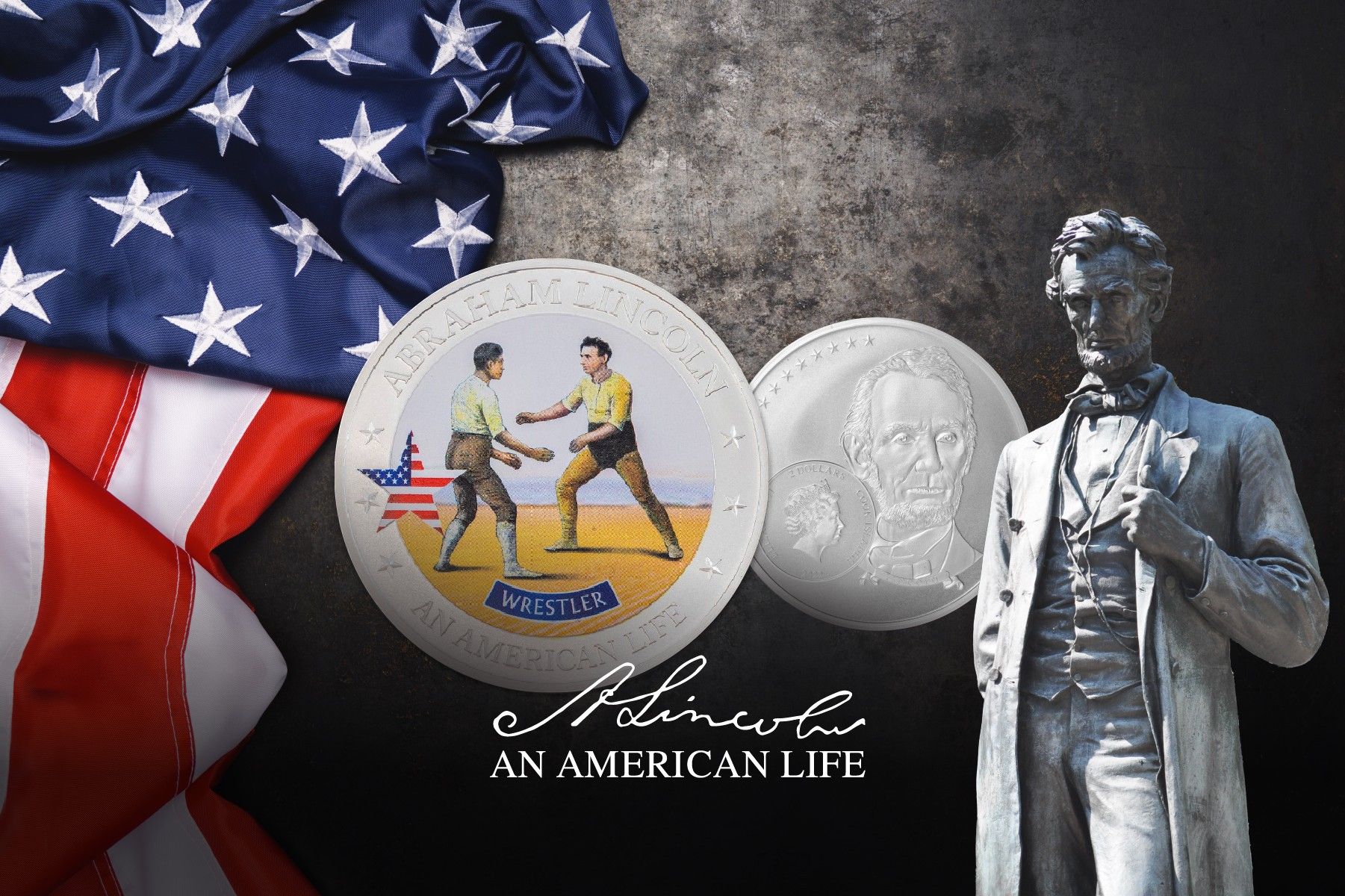 We bet it’s a little known fact that Abraham Lincoln, since his death, has been inducted into the National Wrestler Hall of Fame. Yes-sir-ee, Abe was quite the specimen at 22, tall and brawny, and something about him just made people wanna test their strength! Whether because of this or in spite of it, Lincoln was always competitive yet humble during his wrestling matches, known to throw in some good-natured ribbing when he could get away with it.

Now, what made Abe such a natural wrestler wasn’t only his height or strength, but how his mind worked to beat an opponent before they’d even begun fighting. Lincoln was a scholar before he was a fighter and it showed in his strategic moves. He was also a champion of equality and justice, in his day to day life and throughout his career. So you can imagine how he won nearly every one of over 300 wrestling bouts when you picture the young man–weighing in at 185 lbs, measuring six feet and 3 inches tall with hard cut muscles from years of tough labor–cloaked in righteous fury, charging toward you.

As a young man Lincoln grappled with books to gain an education. As a lawyer he tackled the legal system to defend his clients. A seat on the State Legislature came next, where he served the People’s interests for eight years. Finally began the long match with Congress when he was elected President. Each time, he gained victory by making bold but careful moves to knock his opponents off their feet. His ambition kept him seeking the next win, but it was his deep, thoughtful respect for the line between right and wrong that made him a good leader, not just a great one.

The War Between Brothers

The Civil War was a four year long tussle between enemies who knew one another intimately. The Confederacy was fully split from the Union by 1861. That very same year in his inaugural address, Lincoln told the South, “In your hands, my dissatisfied fellow countrymen, and not in mine, is the momentous issue of civil war. The government will not assail you…. You have no oath registered in Heaven to destroy the government, while I shall have the most solemn one to preserve, protect and defend it.” In other words, he was sworn by law and oath to protect the People and their liberties, but they had to make the decision to allow him to do it.

Obviously slavery was the big ticket issue that divided the North and South at the time, and it was what drove the war. But there were other problems at play, such as the balance of power between state and federal government. The South staunchly opposed the federal government’s involvement in the states’ ability to practice slavery, not only because they thought of slaves as their property, but because they viewed it as a direct threat to their power. Agriculturally, the South relied on slaves to prop up their economy. After all, free labor makes for greater profits. Their very way of life was threatened and they were demonized by the more progressive Northern states (who also owned slaves until 1865 with the ratification of Lincoln’s Emancipation Proclamation in the form of the 13th Amendment, we might add.)

Abraham Lincoln understood the desperation of the South and their leaders in Congress, but his respect for equal opportunity and basic human rights outweighed his concern for their outrage. To do away with slavery would not only free a people from egregious atrocities but it would allow for more opportunity to be had, more jobs to be created, and more equality and freedom. In the case of the Civil War, his unwavering desire to provide autonomy and justice to others was his strength, and the South’s unwillingness to do so was their weakness. Lincoln wrestled the Emancipation Proclamation into existence and ended the war with the might and mind of a true American leader.

Introducing the 3rd coin in the An American Life Abraham Lincoln collection:

Did you know the 16th President of the United States has been inducted into the National Wrestling Hall of Fame? It's true! Abe Lincoln was a mighty opponent in his day, winning an estimated 300 rounds with only one recorded loss! Wrestling came easily to Lincoln, whose shrewd observation of others allowed him to discern their weaknesses and use them to beat them, a talent that came in handy during his time in Congress!

Subscribe to 7kToday.com to be notified first when this coin becomes available!