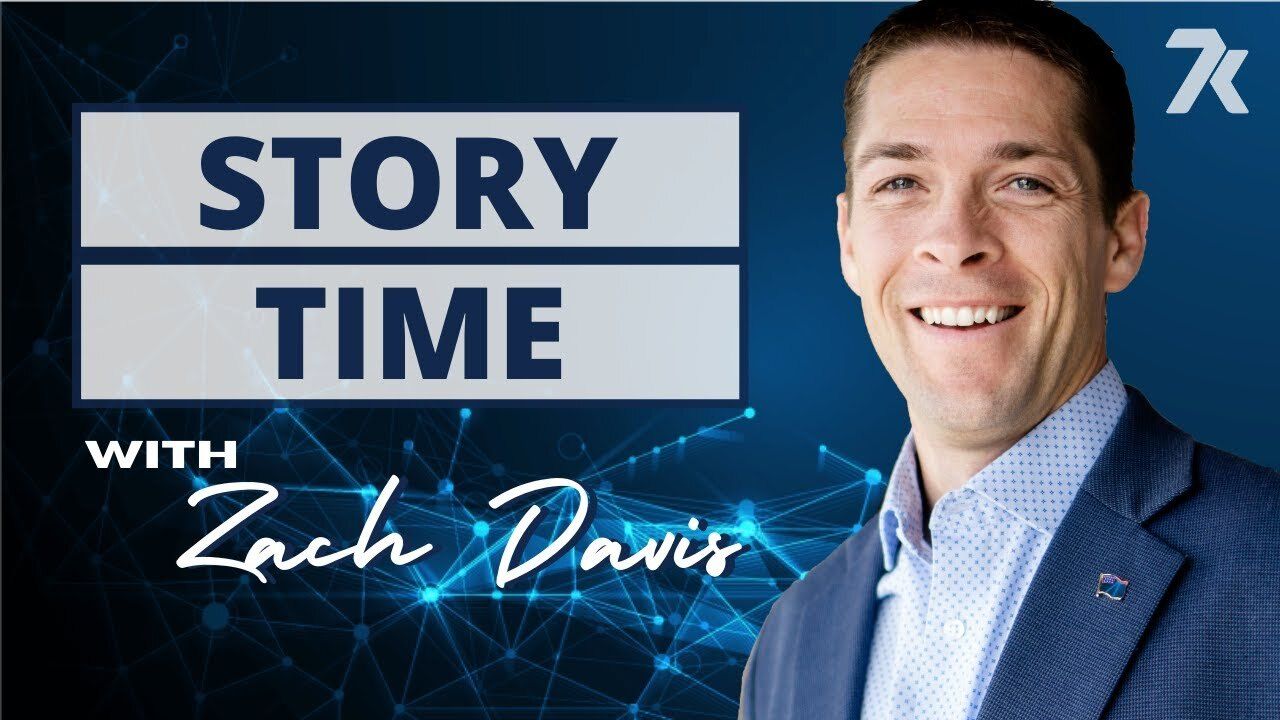 Check out this awesome training video from Zach Davis, Co-Founder of 7k Metals.

Transcription:
"Hey tribe, do you guys remember when you were younger, did your parents ever tell you bedtime stories? How many of you have kids? And your kids are like, "hey tell me a story before bed". And then you go to school, right? And they say "hey we're going to tell you a story" to teach you some principle through the story.

So, stories have been used for ages to teach. It's also been a way that we've passed down traditions through generations and generations to come. That's because stories have a powerful way of invoking emotion in people and getting them to do something or change something or believe something. If a story is told the memory will lock it in better than if it's just data or facts.

So as you're telling your story you've got to relate to people. Help them see the pain that you were in. Life sucked. Job wasn't going well. Couldn't have kids. You and the wife were fighting. Or you and your husband. Or we built a business and it failed and it crashed and burned. Been in network marketing before and it never worked. And what's the pain around that.

So you've got to be willing to be a little bit vulnerable. Why? Because when you're vulnerable it gives you the ability to show the victory on the other side, without being arrogant. Now, if you just walk around telling them how great 7k Metals is and how it's going to change their life and how it changed your life and how much money you've made--that really kind of turns people off because they don't see the journey that happened.

Okay? What if you turned on the movie and they just show you this hero who's this awesome person and they've got all these awesome character traits, but you never got to see the battle that they fought. And usually it's an internal battle. So when you're building your story, you have to think about "what was my life like before?" What was it that made me really want to make a change? What pain was I trying to get away from? Or what pleasure was I trying to move toward? And then you introduce a coach or a mentor, which is exactly what happens in the movies.

When you think about it, every hero has somebody in their life who suddenly shows up and they decide that they want to help the hero. And they help the hero by simply showing them a plan, or helping them develop, or help them train in the boxing ring. Think about Rocky Balboa. In the Rocky movies. He wasn't a great boxer. He developed and became a great boxer, but he had all these conflicts that he went through... So what we saw is Sylvester Stallone, or Rocky Balboa, developing into this unbelievable character because somebody helped him get there. And that's why we fall in love with him.

Guys, failure is not final. Right? We need to show people how we failed and how we were vulnerable so they can see how the success played out. Because they want to know--can they do it? Then you just simply show them. Once the guide or mentor or coach or 7k Metals upline shows up and says "here's the opportunity"... you just show them. If you've made money, talk to them about what kind of change that's made in your life. But they don't want the data, okay? Sell the desire. Sell the result. Not the journey. Let them know, here's the money I've made, here's what it's done for me.

If you haven't made any money, that's okay. Guys, you can still have an unbelievable story because you can still talk to them about what the vision for your future looks like. How does it make you feel? Now having hope. If you're going through bankruptcy, now all the sudden you can see a way to dig out. Or if you didn't have good relationships, now all the sudden you can see how you're going to have these great relationships because of the team building and the environment you're in and the coaching you're getting and the people you're surrounding yourself with.

If it's the money that you didn't have, now you can see how you can make more money to get rid of the pain. Right? Remember, it's not the money we're after--it's the emotion that is around either the lack of money or the abundance of money that we're trying to get rid of. You might have a lot of money but no time. Making the money caused this other sort of pain... no time. Now this opportunity shows you how you can have more time, freedom, flexibility. You can create a generational legacy for your family.

So use your story to influence others. To inspire others. But they need to see the vulnerability. They need to see the pain that you went through. Then they need to see the moment you decided to change. Because that might be the moment they're in right now. Or it gives them courage to do that. Or it breaks down those false beliefs that what they thought about network marketing in the past is actually wrong. And now you show them how they can do something different with their life and become something different... because of this opportunity with 7k Metals.

Alright guys? So build your stories. If you want more help with this, log into your backoffice, click on the Training tab, go to Associate Trainings, scroll all the way to the bottom and watch the last couple videos. There's one on there called Building Your Story where I'll walk you through exactly how this process works and then there are a couple videos after that you can watch that will actually show you how to do it, because you're going to watch a couple people go through the process of figuring out exactly what to put in their story, what to take out, and how to formulate that story so they have a powerful story that they can share with the world.

Alright, share your story. You'll be more significant. You'll add more value to the people you're associating with and they'll see how your character has developed into a hero and they'll want to do business with you."