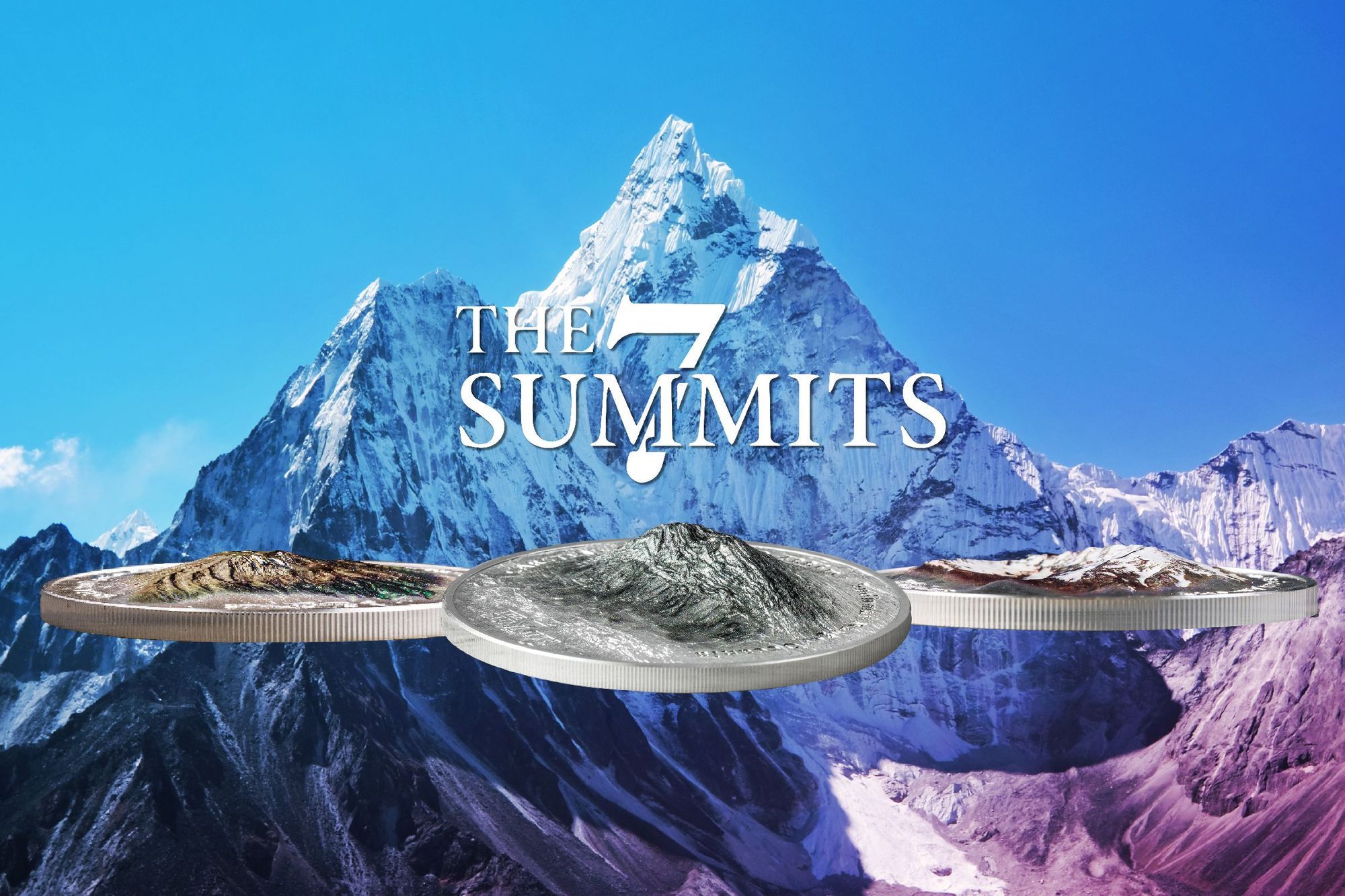 The Earth’s crust rises and falls with the reverberating shock of ages-old tectonic plate collisions. Seven peaks make up the most monstrous of them, seven behemoths piercing the cloud veil, seven mighty summits–one on each of the seven continents.

A breathtaking collection featuring the seven great summits of the world began in 2016 with its first release: Denali. The Cook Islands Mint astounded collectors with the five ounce fine silver coin, which featured a topographically accurate portrayal of the highest peak in North America. The beauty of the 20,300 foot Alaskan mountain, affectionately referred to as ‘the Big One’, was caught in stunning snowy silver detail, the likes of which aren’t regularly seen in the coin industry. Holding a mountain in your hands is a thrill most people never know, but the 777 lucky collectors who grabbed onto the 2016 silver Denali coin weren’t disappointed.

In sequential years, each 7 Summit addition put collectors ‘over the edge’–excuse our pun–with excitement. The collection has released six editions so far, each with a weight of five fine silver ounces and a low mintage of 777, highlighting Denali, Mount Everest, Aconcagua, Kilimanjaro, Carstensz Pyramid, and Elbrus.

Finally, the long-awaited conclusion to the 7 Summits collection… Mount Vinson.

Settled in the ridge of the Ellsworth Mountains towering over the frigid landscape of Antarctica, Mount Vinson stands a staggering 16,050 feet above sea level. 1966 marks the first recorded human ascent to the top. The heights and ravines of Mount Vinson’s form is captured with scrupulous precision and brought to life by an expertly applied Ultra High Relief on the latest fine silver masterpiece in the 7 Summits collection.

At 7k, we’ve enjoyed watching this series unfold and we’ve felt lucky to be able to offer its majesty to our amazing Members. From the snow-capped peaks of Elbrus to the green and gold ravines of Kilimanjaro, these mountains have continued to blow us away. So here’s our heads up: look out for Mount Vinson! It’s going to be hard to miss.