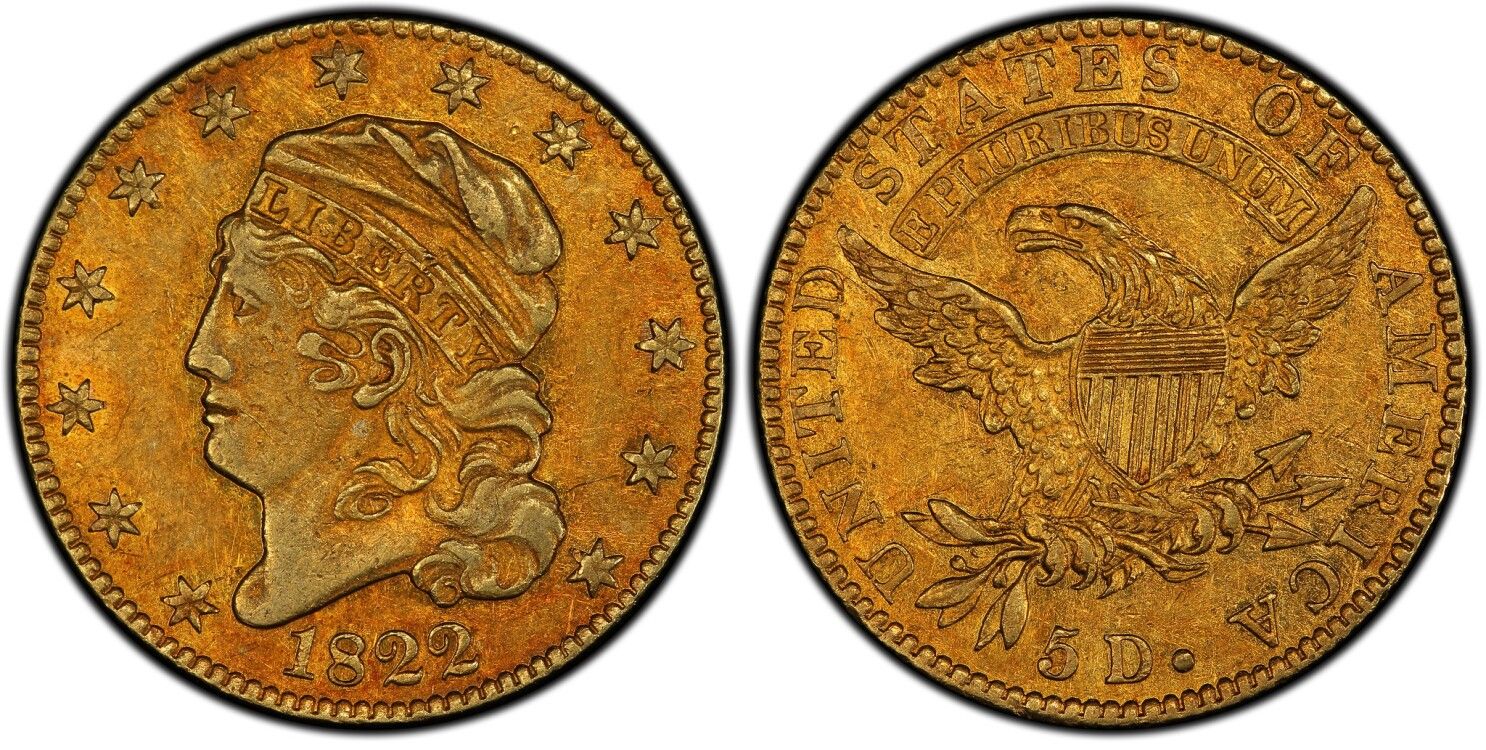 Now you may have seen these little beauties before: they’re called Half Eagles and they were among the first coins minted by the U.S.’s own treasury. In their heyday they were worth $5. Now? Well this one that was presented at auction in March of 2021 just sold for $8.4 million dollars. Yeah, you heard that right.

This particular 1822 Half Eagle was minted just 30 years after Congress passed the Coinage Act, which introduced the U.S. Mint. When it sold at the Stack’s Bowers Las Vegas Auction earlier this year, it set a new world record for the most expensive U.S. gold coin sold at auction. It’s one of only 3 known of its kind and the other two are locked up in the Smithsonian, so this is the only one still at play for collectors. If you can get your hands on this guy, you’d have the most common missing puzzle piece to a full set of American coinage.

The 1822 Half Eagle doesn’t go to auction often. It was originally held by a collector named Virgil Brand in 1899. When he died, it went to auction in 1945 and was bought by Louis E. Eliasburg. It stayed in Eliasburg’s collection as a part of the only ever finished American coinage set in the world, until an ambitious young collector, D. Brent Pogue, bought it at auction in 1982. And there it sat as a part of a growing body that became the infamous Pogue collection, the most valuable coin collection in the world in 2021.

As of March 2021, the 1822 Half Eagle has a new owner. An anonymous buyer spent $8.4 million on his new treasure. How about you? What would you spend on a one of a kind coin? It might strike some people as crazy to put more than a couple hundred dollars into a collectible, but here at 7k we know better. Coins aren’t just collectibles. They’re history and stories for the future. They’re freedom and safety. They’re a legacy.