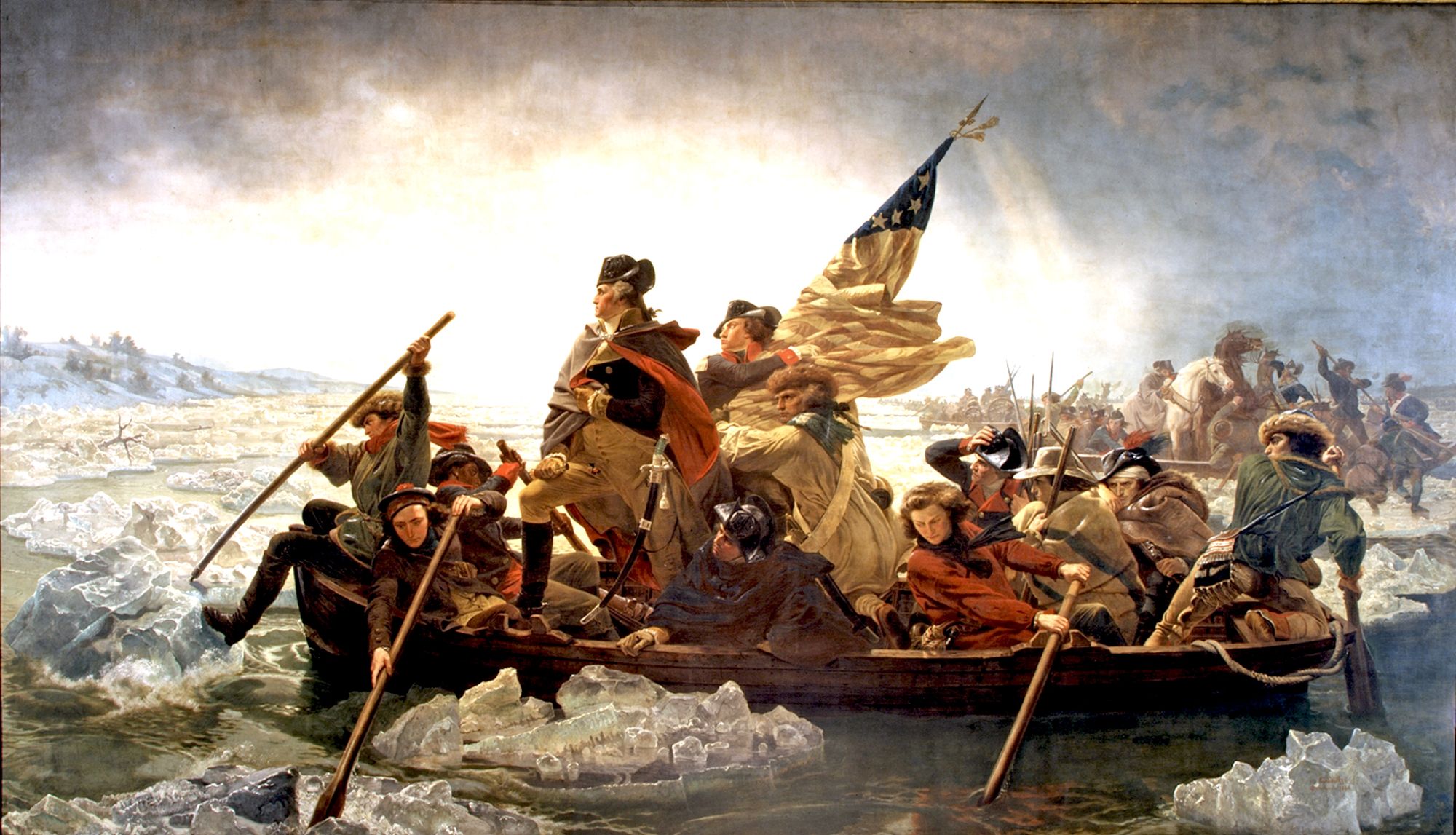 We’ve all seen the painting of Washington Crossing the Delaware River, but have you actually heard the story behind the art?

It all started one snowy December night in 1776. It was just after Washington and his men had lost New York City. Morale was low and the Americans weren’t sure how much longer they could keep up the fight. They were underdressed, underfed, and uninspired.

Of course, General George Washington knew this, and he had a plan.

There was a group of some 1,400 Hessians camped out in New Jersey, just across the Delaware River and a 10 mile march away. George figured if he and his men started the crossing at sundown, they could be knocking at the Hessians’ doors come dawn. A quick, easy victory would raise the spirits of his men and restore faith in the Continental Army in the colonies.

The only problem was that some of his men were late, throwing off his timetable. Oh, and a storm of hail, snow, and frigid rain rolled in. Not only were the Americans already bedraggled and starving, but now they were tired, soaked, and utterly miserable. Most men would have given up at the mere thought of crossing a frozen river in the dead of night through a storm of ice and snow just to hike through the elements for ten miles and proceed to lay siege to a camp of well-fed, and better-trained Hessian soldiers.

It took hours to transport his 2,400 men, 18 brutally heavy cannons and horses to pull them, and all the ammunition needed for the battle, but despite all odds Washington made it happen. He knew his men needed a win. He knew America needed a win. This strategic move almost certainly painted George Washington’s image into that of more than a mere mortal in the eyes of his men, and it struck a German artist named Emanuel Leutze to the bone nearly 100 years later. The inspired painter created the famous George Washington Crossing the Delaware to capture the spirit of endurance, will, and hope to move his fellow countrymen to action in 1851.

Today, it’s been adopted into every U.S history textbook as a turning point in the American Revolution. Christmas Day dawned in New Jersey and even though they’d been warned of the American attack plan by their own spies, the Hessians were defeated by the ragtag army of Continentals. For Christmas in 1776, Congress and the colonies were given an American victory by their very own, General George Washington.

His Continentals were freezing and starved, morale was at an all time low, and General George Washington knew this war was looking bleaker by the moment. Then came the news: a Hessian camp of soldiers only ten miles away! Through storm, night, and snow, he and his ragtag army forged their way across the Delaware River and through miles of miserable cold. Christmas morning, 1776, Washington gave his men and country a quick victory and hope for the coming year.