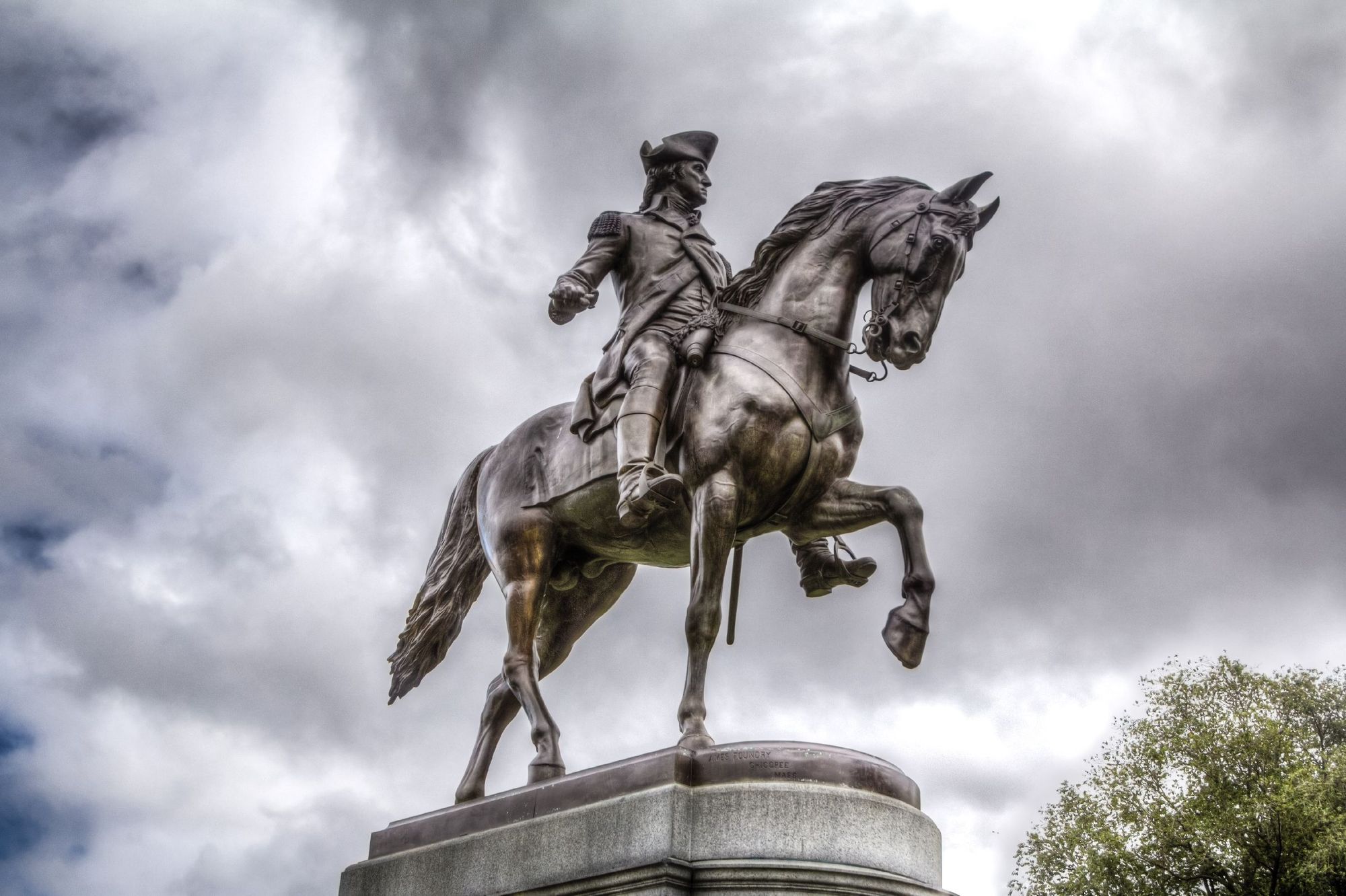 What can we say about General and Commander-in Arms George Washington that hasn’t already been said?

We could tell you about how he beat back British ships in Boston’s harbor with only cannons and gunfire.

We could tell you about the time he smuggled 9,000 Continentals out from under the British General Howe’s nose in Long Island.

Or what about the time he crossed the Delaware River to recapture New Jersey, taking two thirds of the British troops prisoner all without a single American casualty?

These are all incredible feats that General Washington did pull off during the Revolutionary War, but a key piece of why he was able to do so is what made him so imperative to the victory. It was because of the love, respect, and complete admiration that his troops had for him that George was able to inspire those ill-trained, ill-equipped men to win against near impossible odds. So let’s tell a lesser-known story that shows exactly that.

All throughout the Revolutionary War, the Continental Army suffered from lack of supplies. They hardly ever had enough to eat, their clothes and shoes became ragged quickly, and bedtime never meant a cozy queen sized mattress overflowing with pillows and blankets. What was worse, much of the army wasn’t getting paid on time, if at all. The first draft of the Constitution, or the Articles of Confederation, published in 1781, didn’t allow Congress to tax the people-–taxation was still a sore subject in their minds. However, that meant that Congress, which was directly in charge of the military, had no way to collect funds to pay the army for their service. The best that they could do would be to ask the states for money to keep the army paid. So Congress tried to amend the Articles with a clause that would allow them to tax 5% of imported goods. One state voted against it and with that, the military hopes of even a half pension backpay were dashed.

For winning their country its independence they weren’t even granted fifty percent of what they’d been promised.

The situation as it was then looked like this: a scathed, starved, battleworn army gathered in upstate New York, waiting for the last of the British to vacate the continent. Angry soldiers being told the people who they’d fought for were refusing to compensate them for the hell they’d just been through.

This all led to what is now known as...

There were two main conspirators: Horatio Gates, Washington’s second in command, and Henry Knox, Chief of Artillery. They saw the rage that was coming to a boil within the military base and decided to stoke the fires. Ultimately, their goal was to win more power for Congress and the military (or themselves.) In 1782, Knox and Gates wrote a petition to Congress threatening a military takeover of the young government. Washington knew about the petition and was torn. He knew it was looking likely that his men wouldn’t be paid for their service, but handing any amount of power to Congress from the states felt like a step backwards. Not to mention leading his troops among the people he’d fought for to scare them into paying the army didn’t align itself with the manners that George so diligently upheld.

When they realized Washington was not someone they would be able to persuade to do their bidding, Gates and Knox’s next play was to send out a pamphlet among the soldiers to gather them for a meeting which Washington was not privy to on March 11, 1783. Of course, he found out about it soon enough. In response, Washington sent out his own pamphlet that told his men that he would not condone this meeting led by Horatio Gates, and he reminded the men that he was still the Commander in Chief. He would not attend the meeting, but he would not forbid anyone from attending either.

On the day of the meeting Washington walked to the front of the room with a speech he had prepared in his hands. Ever the shy public speaker, his eyes scanned the paper to remember what he’d written, but he couldn’t make out the small letters. After fumbling through the first few lines, he reached for his pocket. Before the men he’d fought next to for years, the giant and legendary George Washington brought out spectacles to help him read. When he looked up, he saw the faces of his men crestfallen to watch their untouchable leader–less of a man than a god in their eyes–in a time of human fragility. George’s heart broke then and he said, "Gentleman, you must pardon me, for I have not only grown gray but almost blind in service to my country."

In a second of deep empathy, humanity, and vulnerability, General Washington showed his men that he knew them, he loved them, and he would not allow injustice to befall them. He’d fought and starved beside these men, he wouldn’t fail them now. The coup ended right then and there.

Not long after George had diffused the military situation, he was supposed to go to Congress and surrender his commission as General and Commander of the Continental Army. At the time there were people within the army and without that were begging for him to become king. They told him to just take it all over. Of course Washington was appalled and refused firmly. When King George III heard about the debacle he was completely perplexed. Why would anyone with that much power lay it down willingly? He was quoted saying, “If Washington does–he’ll be the greatest man in the world.”

Not only did George Washington lead a ragtag army into war with the world’s most powerful force at the time and win, but he alone saved the brand new country from falling in on itself in its earliest days.

Imagine loving your boss so much that you would break down and cry at the tiniest hint of him growing older and frail. The kind of man it takes to earn that level of respect and love is unimaginable, but it was true of General George Washington. And after all that, he had the humility to let all of that control and power go as soon as he was able to. We can only assume, in agreement with King George, George Washington was “the greatest man in the world.”