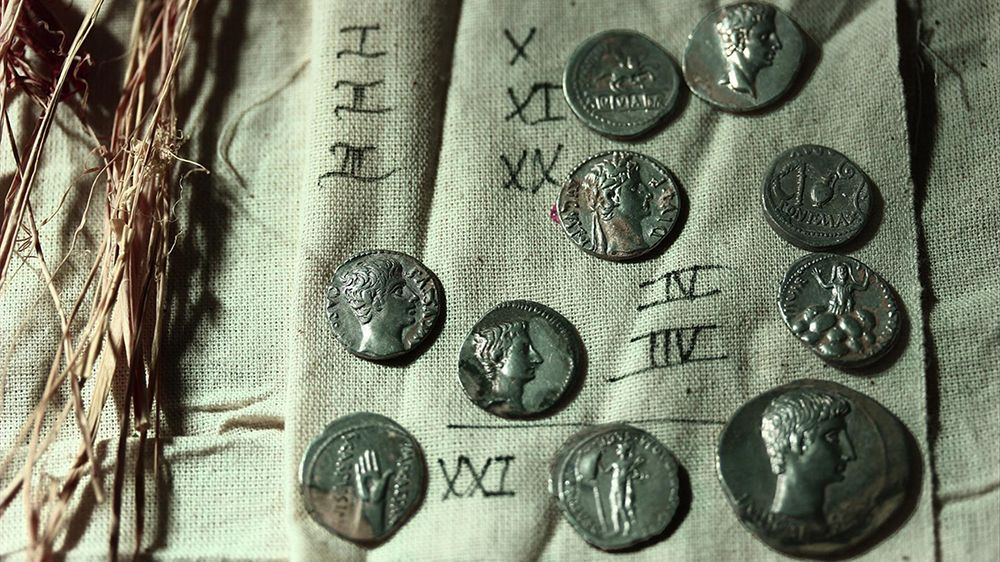 Archaeologists have recently discovered a treasure trove of 651 silver coins dating all the way back to 75 BC inside a jug in Turkey.

According to a report from The Smithsonian Magazine, the discovery was unearthed on a dig in the ancient city of Aizanoi, led by researchers from Pamukkale University. Hidden by three terracotta plates, researchers believe it was probably buried during the period of the first Roman Emperor, Augustus, who ruled from 27 BC to 14 AD.

It is believed the collection likely belonged to a high-ranking Roman soldier and includes 439 denarii, a type of silver coin first introduced in third century BC, and 212 cistophori, silver coins from the ancient Greek city of Pergamum, according to a press release from the university.

Minted between 75 and 4 B.C., the coins bear the images of Roman emperors and politicians, including Julius Caesar, Marcus Brutus and Mark Antony, writes Live Science’s Laura Geggel. When studying the artifacts, researchers found that many of the coins were well-preserved, with their engravings still legible.

Lead archaeologist Elif Özer of Pamukkale University theorizes that the denarii and cistophori were part of a coin album—a compilation of money portraying rulers from the late Roman Republic—that belonged to an elite Roman soldier.

According to Özer , each coin “tells a different story” drawn from mythology and popular lore. One token, for instance, portrays the Trojan hero Aeneas carrying his father, Anchises, on his back—a reference to a well-known scene from Virgil’s Aeneid, notes Live Science.

According to the Anadolu Agency, Özer and her colleagues plan to soon publish their findings in a scientific journal. For now, the coin collection will remain on display at the Museum of Anatolian Civilizations in the Turkish capital of Ankara.

For now, coin collectors and enthusiasts may want to add Turkey to your bucket list of places to visit when Covid-19 travel restrictions are finally lifted.

In the meantime, however, 7k members can get their Roman Empire Coin fix with an exciting upcoming coin series exclusive to 7k. Check it out here.