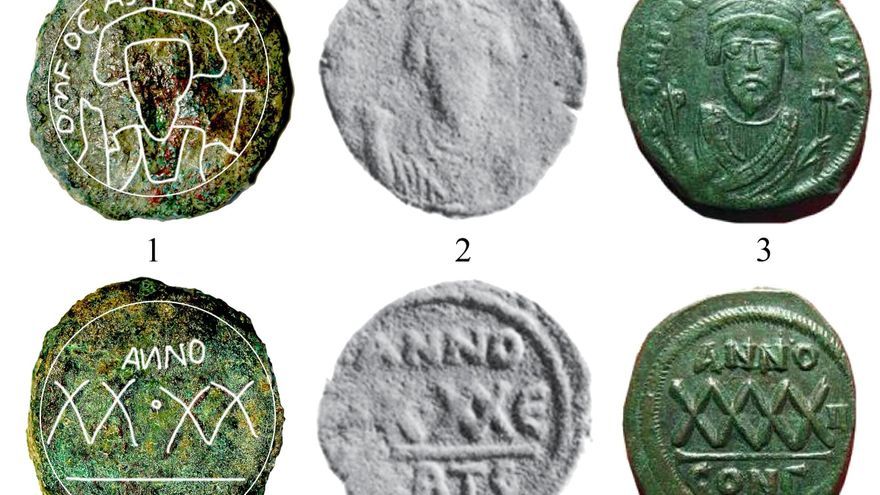 Did you know that there is modern day evidence of coins dating back to the 7th century?

That’s right. Ceuta, Spain announced their discovery of a Byzantine era coin during the summer of 2020. During an archaeological dig in the Baluarte de la Bandera, they were able to uncover a small copper coin and date it back to the time of Emperor Phocas. Phocas wasn’t a particularly impressive leader, he was a usurper to the throne of the Byzantine empire in 602 and ruled until 610. He was pretty popular during his first few years of rule but when he began to lose parts of the borders of the empire, he quickly went down in flames. He was overthrown and killed, his body mutilated and his head used as wall decor. Ewww.

It’s suspected that the coin, called a follis, would have been minted during the time that he was popular. The coin is in rough condition, but a specialist by the name of Dr. Moreno Pulido of the University of Cadiz was able to transcribe the markings on the coin. The front of the coin shows a view of the emperor holding a map in his right hand and a cross in his left. The words “Dominus Noster Focas Perpetuus Augustus” mark around the edge of the coin, which Pulido translated to “Our Lord Phocas Perpetual Augustus”.

These guys really had a thing for being the one and only emperor forever. The back of the coin shows its worth, 40 nummi. Don’t worry, we’re not sure if that’s a lot of money or not either because it’s nearly impossible to convert money from then to now in an understandable fashion.

Only 50 coins from the same time period have been found in or near the area where the Byzantine Empire once existed. Today, that area would be better known as western Europe. The coins that are found are never in good condition, but they range in material from gold to copper. They’re also typically discovered in coastal regions, which tells us that the Byzantine Empire was probably involved in ocean or river traffic. Hopefully the next ancient coin that’s found will give us further insight into our history.